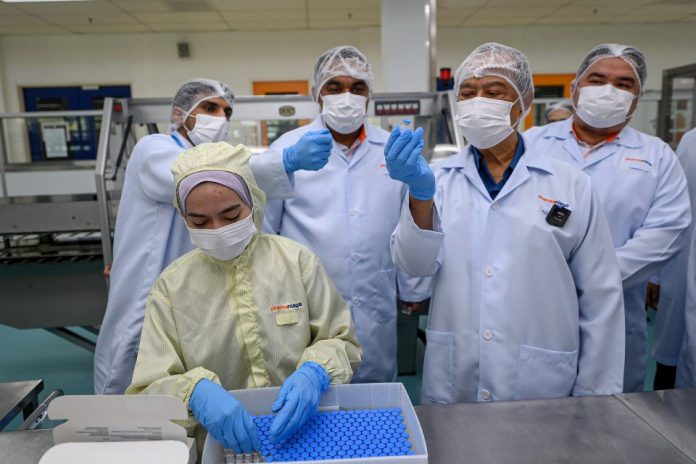 He said this was evident from the figures for admission of senior citizens in categories four and five cases to Hospital Sungai Buloh, which had dropped by more than 50 per cent in the past one month.

“Now the positive impact of vaccination is beginning to be seen,” he said in a Facebook post today.

A total of 9.4 million senior citizens, vulnerable groups with comorbidities and persons with disabilities are targeted for vaccination under Phase Two of the National COVID-19 Immunisation Programme (PICK) from April 19 to August.

Muhyiddin said the positive impact of vaccination was also seen among Health Ministry personnel, who had been vaccinated earlier under Phase One of PICK, which was launched in February.

“It was found that only 1.26 per cent of Health Ministry personnel were infected with COVID-19 after they had been fully vaccinated. Some 99.8 per cent of them experienced only mild symptoms or no symptoms and none was in category five,” he added.

COVID-19 is a five-category illness, with category one being the mildest and category five the most severe.

The prime minister said that in Labuan, where the Delta variant was first detected in the country, the numbers of COVID-19 cases and deaths also dropped after the government rushed vaccines to the island to increase vaccination.

He said this was why the government was taking immediate action to speed up vaccination in Kuala Lumpur and Selangor, including through the launch of Operation Surge Capacity, to check the surge in daily cases.

The operation, announced by PICK Coordinating Minister Khairy Jamaluddin and Health Minister Datuk Seri Dr Adham Baba yesterday, is mainly aimed at ensuring that all 6.1 million adults in Kuala Lumpur and Selangor will get at least one dose of the vaccine by Aug 1.

Muhyiddin also pointed to an encouraging statement by Health director-general Tan Sri Dr Noor Hisham Abdullah that more than 90 per cent of the positive cases reported in the country yesterday were in categories one and two.

“This means that most of them are asymptomatic or have mild symptoms and can recover,” he said.

However, he has instructed the Health Ministry to be better prepared to receive COVID-19 patients in hospitals and give them the best treatment, as the world is seeing an increasing trend of cases with the emergence of new variants that are more vicious.

“We are all making effort to combat COVID-19. We must always be strong and resolute to continue fighting. Insya-Allah, we will win ultimately,” he said.