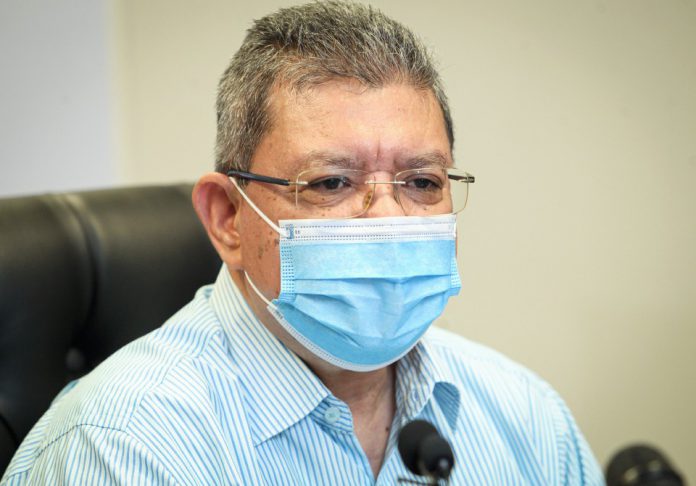 PUTRAJAYA, July 22 — Enforcement of the Emergency (Essential Powers) (No. 2) Ordinance 2021 since March has succeeded in reducing the spread of fake news related to the COVID-19 pandemic, says Communications and Multimedia Minister Datuk Saifuddin Abdullah.

Sharing information from the Royal Malaysia Police (PDRM), he said the average number of cases with regard to the spreading fake news had decreased to seven cases a month since the ordinance came into force, compared to a monthly average of 24 cases previously.

He said the Emergency Ordinance enforced during the Emergency period until Aug 1 is to prevent and impose action against the spread of fake news related to COVID-19, which could potentially jeopardise the government’s efforts to fight the pandemic.

“The Emergency (Essential Powers) (No. 2) Ordinance 2021 has had a significant impact on the country besides successfully reducing the spread of fake news on social media platforms,” ​​he said during a virtual press conference today.

Asked whether the government would increase the amount of fines and punishments, Saifuddin was of the view that it was sufficient as a deterrent.

“We (the government) are trying to educate the people through various campaigns, but at the same time, legal action will still be taken against those found guilty. We do not intend to punish people with excessive punishment,” he said.

He said a total of 465 fake news had been debunked by the Quick Response Team from the Ministry of Communications and Multimedia (KKMM) from March 24, 2020 to July 17 this year.

To curb the spread of fake news, he said KKMM was working with PDRM, where so far, 282 cases have had action taken against them, 163 cases were under investigation, 119 cases had been fully investigated, and 29 cases had been charged in court.

“Legal action alone is not enough, instead the community’s maturity in thinking also plays a role in evaluating the news or information received,” he said.

“The owners of these fake accounts act very quickly. They will delete the content before it is detected by PDRM,” he said.

US Envoy calls on govt to hold quarterly dialogue sessions on...