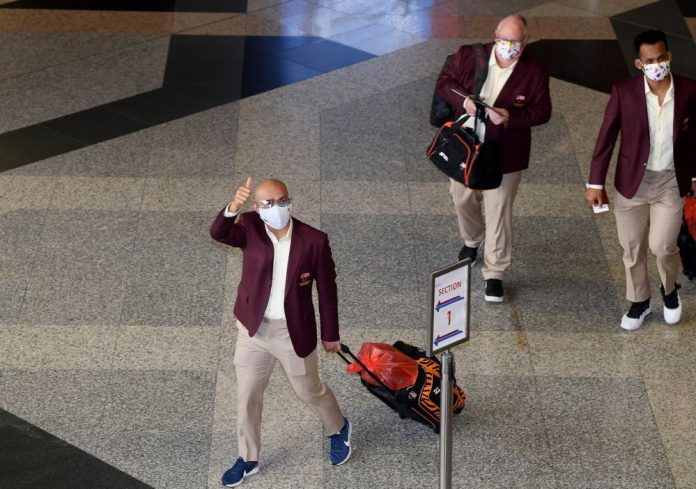 The other athletes on board the flight to Tokyo were Muhammad Shah Firdaus Sahrom (track cycling); Cheong Jun Hoong (diving); as well as Lee Hup Wei and Azreen Nabila Alias (athletics).

Earlier, Deputy Youth and Sports Minister Senator Wan Ahmad Fayhsal Wan Ahmad Kamal was at the KLIA to lend his support to the Malaysian contingent and give some words of encouragement to the athletes.

He also waved the Jalur Gemilang as a symbolic gesture of their departure to the Tokyo Olympic Games.

Meanwhile, Youth and Sports Minister Datuk Seri Reezal Merican Naina Merican also left for Tokyo on the same flight to lend his support to the Malaysian contingent at the Olympics.

The national sailing squad were the first to head to Tokyo early this month before the second batch, comprising athletes and officials from badminton, gymnastics, aquatics (swimming and diving), archery and shooting, departed on July 17.

Malaysia will have 30 athletes from 10 sports competing in 27 events at the Tokyo Olympics and they have been set a three-medal target, including a gold.

At the 2016 Rio Olympics, the 32-strong Malaysian contingent returned with four silvers and a bronze for the country’s best-ever achievement at the world’s biggest multi-sports Games.

Information from government not propagandistic – Saifuddin