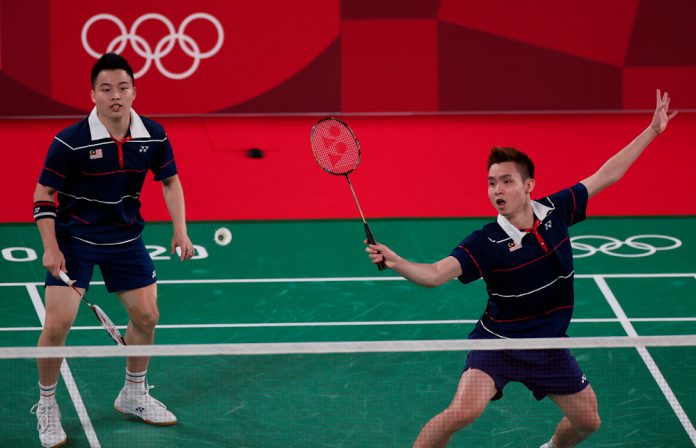 World number nine Aaron-Wooi Yik were in their element, producing powerful smashes and flicks, to overcome the Canadian world number 32 in just 33 minutes in their final Group D match at the Musashino Forest Sports Plaza here.

Going into the match knowing they had to win to make the last eight, the Malaysians, who lost 16-21, 19-21 to three-time world champions Mohammad Ahsan-Hendra Setiawan of Indonesia in the second match yesterday, played with more urgency to stay in total control for an emphatic straight-game win.

Earlier, second seeds Ahsan-Hendra defeated the Koreans 21-12, 19-21, 21-18 in another match to top Group  D by winning all their three matches.

Aaron-Wooi Yik, the 2019 SEA Games champions, finished second in the group with two wins and one defeat.

The quarter-finals are scheduled to be held on Thursday (July 29).