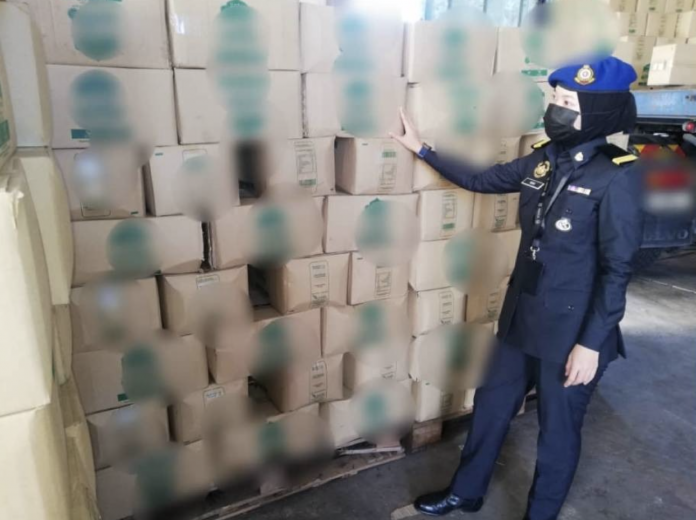 KOTA BHARU, Aug 10 — The Domestic Trade and Consumer Affairs Ministry (KPDNHEP) has seized 17,000 kilogrammes (kg) of subsidised packet cooking oil before it could be smuggled out of Kelantan to a neighbouring country.

The raid was jointly conducted with the Pengkalan Kubor Region 3 marine police and Battalion 8 of the General Operations Force.

The operation was conducted based on intelligence and surveillance carried out by the ministry’s intelligence section in Putrajaya on a cooking oil wholesaler in Melaka, he said in a statement today.

“We identified a lorry suspected to be used by a syndicate to ferry cooking oil to Kelantan for the purpose of improper activities involving subsidised cooking oil,” he added.

“A total of 17,000 kg of one kg packet cooking oil were found in the lorry and some have been transferred to the store during an inspection.

“The store was suspected to be used as a storage and transition centre before the cooking oil is smuggled to a neighbouring country,” he said in a statement here, today.

Shamsul Nizam said the modus operandi of the syndicate was to obtain the supply of the subsidised cooking oil from companies in Melaka and the Klang Valley by using licenses belonging to other firms.

“Based on the documents found, the cooking oil was meant for a wholesaler in Melaka but it was instead rerouted to Kelantan for purpose of being smuggled out,” he said.

He said two men, namely the lorry driver and his attendant, were also arrested to help in investigations of the case.

“Further investigations will be carried out to identify the owner of the premises and the chief suspect involved in the case,” he said.

Mixing and matching COVID vaccines not to be decided by individuals...

WHO expert team to arrive on Thursday