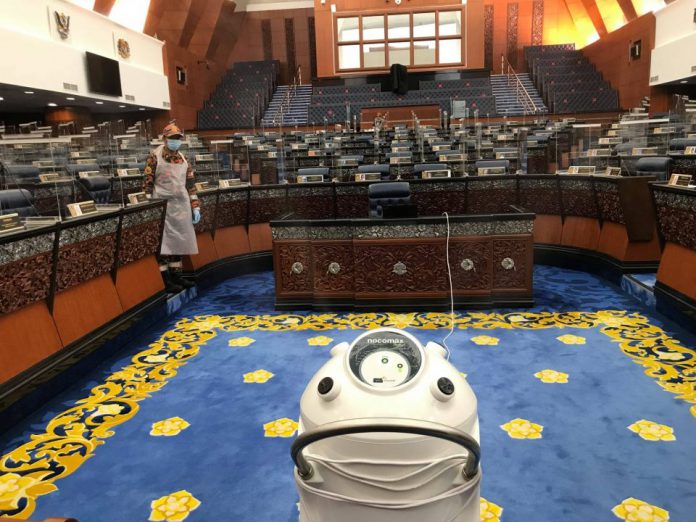 KUALA LUMPUR, Aug 10  — The Health Ministry (MOH) announced one death due to COVID-19 reported today was linked to the Dewan Rakyat special sitting held from July 26 to 29 at the Parliament building.

Health director-general Tan Sri Dr Noor Hisham Abdullah said the death involved a government official with a history of being at Parliament from July 26 to 29, with his pre-Dewan Rakyat screening on July 23 and Rapid Antigen (RTK-Ag) Self-Test Kit Saliva (on July 29) both being negative.

“He then exhibited symptoms on July 31 and his polymerase chain reaction (PCR) test returned a positive result with a cycle threshold (CT) value of 14.88.

“His condition deteriorated and he was admitted to hospital on Aug 4 for further treatment. His condition was very critical and he died on Aug 9,” he said in a statement today.

He added that the case had just tested positive for COVID-19 and was present during the Dewan Rakyat sitting.

Dr Noor Hisham said the case was among the nine additional COVID-19 positive cases linked to the special sitting at the Parliament, bringing the total number of the cases to 97.

He said four close contacts to the positive COVID-19 case tested positive using the RTK-Ag test during the pre-Dewan Rakyat screening was reported by the district health office on July 23.

According to him, all cases were found to exhibit minor symptoms and were ordered to be issued home surveillance orders (HSO) and recovered after their HSOs ended.

Six cases had completed both vaccination shots, while two more were children (close contacts), not yet eligible for vaccination.

Dr Noor Hisham said based on the ministry’s investigation, although the positive cases were not related to each other, except for close contact, the sharing of rooms and facilities, including toilets, surau and dining areas by many individuals had put many at risk of COVID-19 infections in Parliament.

“Eight samples of the Parliament cases with low CT values have been sent to the Institute of Medical Research for genomic tests. Five of them are Delta Variant of Concern (VOC) while two samples were not processed successfully, and we are still waiting for the results of the remaining sample.

“Therefore, we advise individuals who were at the Parliament to continue to self-monitor their health using the MySejahtera app. If there are symptoms, they are advised to carry out a COVID-19 screening test and to seek immediate treatment,” he added.

On Aug 8, it was reported that 88 COVID-19 positive cases linked to the sitting were identified.

Don’t be selfish in calling for polls during pandemic, Khairy tells...