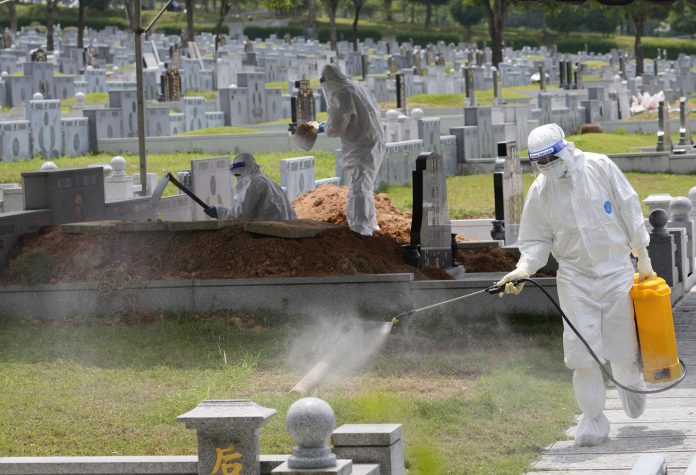 IPOH, Aug 11 — Hospitals in Perak are not imposing any charges for the management of the remains of COVID-19 victims.

State Health, Environment and Green Technology Committee chairman Mohd Akmal Kamaruddin said the hospitals would hand over the remains of Muslim COVID-19 patients to the Perak Islamic Religious Department (JAIPk) for funeral arrangements while the bodies of non-Muslim victims would be managed by a private consortium.

“Hospitals never impose any charges to manage the bodies but we don’t know if the next of kin engage in any services from companies or individuals after leaving the hospital,” he said when contacted today.

He added that the next of kin could apply for special assistance of RM5,000 through the National Disaster Management Agency (NADMA) for the funeral management of COVID-19 victims.

JAIPk director Datuk Mohd Yusof Husin, meanwhile, said the department also did not impose any charges to manage the remains, adding that there might be some fees imposed by the cemetery management.

“My suggestion is to make the charges reasonable, if any, and to simplify the burial process,” he said.

Media had previously reported on the high funeral and burial cost for COVID-19 victims in several states including Negeri Sembilan and Selangor, while in Kelantan, some relatives claimed that they were charged between RM1,300 and RM1,800 just for the tayammum (dry ablution) process.

Meanwhile, the Raja Perempuan Zainab II Hospital director Datuk Dr Selasawati Ghazali said the Forensic Department had never set any cost for funeral management, including for COVID-19 patients, as it was not among the services offered by the hospital.

However, she said the hospital decided to provide the service after receiving many requests from the next of kin to perform funeral rites at the hospital.

“If they want to perform funeral rites at our facility, a list of service providers who have obtained the approval of the Kelantan Islamic Religious and Malay Customs Council (MAIK) is also provided. The next of kin are also allowed to bring their own appointed person to be in charge of the burial,” she said in a statement.

Travellers from countries with travel restrictions allowed to enter Sabah with...