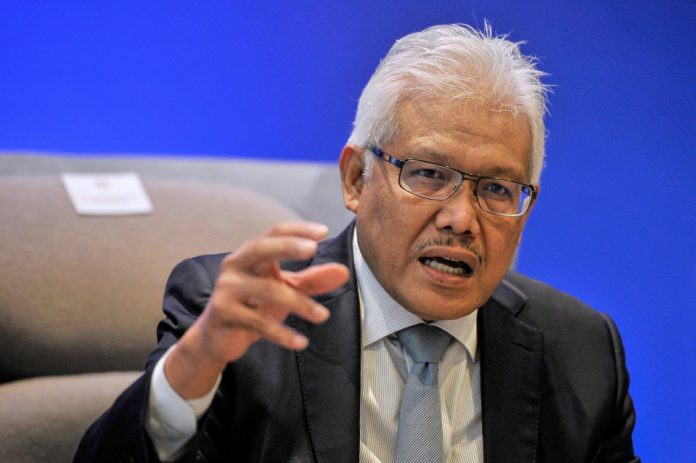 KUALA LUMPUR, Aug 12 –Home Minister Datuk Seri Hamzah Zainudin has given his decision on the appeal by Syed Saddiq Syed Abdul Rahman and 12 others to register the Ikatan Demokratik Malaysia (MUDA) as a political party.

This was informed by federal counsel M. Kogilambigai, representing the Home Minister and the Registrar of Societies Malaysia (RoS),when contacted by reporters via Whatsapp application today.

Kogilambigai said she had informed the court of the Home Minister’s decision on the appeal and the matter had been notified to the Attorney-General’s Chambers, but details of the decision had yet to be received.

“The Home Ministry will officially inform the decision to MUDA,” she said when contacted after the online proceedings before High Court Judge Datuk Noorin Badaruddin, today.

Today was set for hearing of the judicial review application by Syed Saddiq  and 12 others  to challenge the action of the Home Minister and RoS for not having decide yet on its appeal to register MUDA as a political party.

Meanwhile, lawyer Lim Wei Jiet, representing the appellants, when contacted by reporters, confirmed the matter, but said that they had, however, yet to receive a decision on whether their appeal was accepted or dismissed.

“Based on the development of this case, the judicial review hearing has been postponed to Aug 18,” said Lim.

Syed Saddiq, who is the founder of MUDA, and 12 others, filed the application on April 26 and had obtained leave to initiate a judicial review’s application on May 25.

In the application, they are seeking a mandamus order for the Home Minister to reach a decision under Section 18 of the Societies Act 1966 on their appeal against the RoS’ decision in refusing to register MUDA as a political party on Jan 6, seven days after a court ruling, as well as damages and other relief, deemed fit by the court.

On Feb 4, MUDA submitted an appeal on its registration as a political party to RoS and Home Minister Datuk Seri Hamzah Zainuddin.

The application form to register MUDA as a political party was submitted to the RoS in September last year,  but was rejected in January this year.