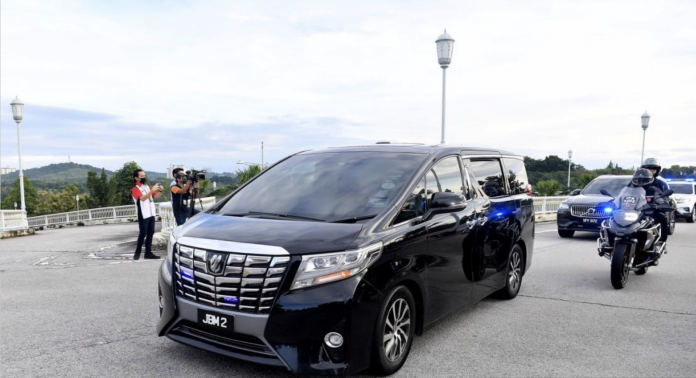 The Prime Minister, when leaving his residence in Bukit Damansara at 7.42 am, was seen waving at the media personnel who had been around the area since early morning.

He then arrived at the Perdana Putra building, Putrajaya at 8.07 am, expected to attend a special cabinet meeting.

Meanwhile, the vehicle carrying the Attorney-General was also seen entering the main gate of the Istana Negara at 10.47 am.

He is believed to have been granted an audience with the Yang di-Pertuan Agong Al-Sultan Abdullah Ri’ayatuddin Al-Mustafa Billah Shah.

Local and international media practitioners are now waiting for the arrival of the Prime Minister who is scheduled to have an audience with the King at noon.

Police personnel also increased control at the entrances of Istana Negara, apart from placing barriers, to ensure that media personnel adhered to the standard operating procedures, including physical distancing.

MoH to use ‘deep throat saliva’ to detect Covid-19