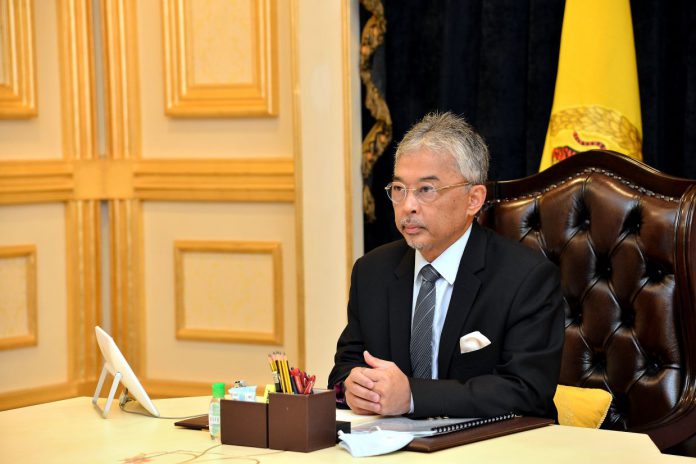 Comptroller of the Royal Household for Istana Negara Datuk Ahmad Fadil Shamsuddin said the King made the decision after receiving the resignation letter from Muhyiddin and his entire Cabinet which took effect today.

“This is in line with Article 40(2)(a) and 43(2)(a) of the Federal Constitution which stated that the King shall first appoint as Prime Minister to preside over the Cabinet a member of Dewan Rakyat who in his judgment is likely to command the confidence of the majority of the members of that Dewan Rakyat.

“His Majesty also expressed appreciation to Tan Sri Muhyiddin Yassin and his Cabinet for their contribution in administering the country under Perikatan Nasional since March 1, 2020, especially in fighting COVID-19 pandemic,” he said in a statement today.

Al-Sultan Abdullah had earlier granted an audience to Muhyiddin at Istana Negara at 12.30 pm.

Ahmad Fadil said as the Head of State, Al-Sultan Abdullah understood and respected the country’s legislation system and processes and that any decision made by Muhyiddin was based on the Supremacy of the Constitution and rule of law.

He said the King had also received information from the EC chairman that as of Aug 10, a total of 484 or 79 per cent out of the 613 state constituencies in the country were COVID-19 red zones.

Al-Sultan Abdullah had also taken note that all health facilities in the country were at a worrying stage.

“Hence, the King is in the opinion that having the 15th General Election right now is not the best option for the people’s safety and wellbeing,” he said.

Ahmad Fadil said His Majesty also expressed hope that the endless political turmoil which had disrupted the government administration could be put to an end for the wellbeing of the people and the country’s economy which had been badly affected by COVID-19.

“His Majesty also called on the people to remain calm and join him to pray for the country to always be protected against calamities and for the COVID-19 to be controlled and put to an end immediately,” he said.