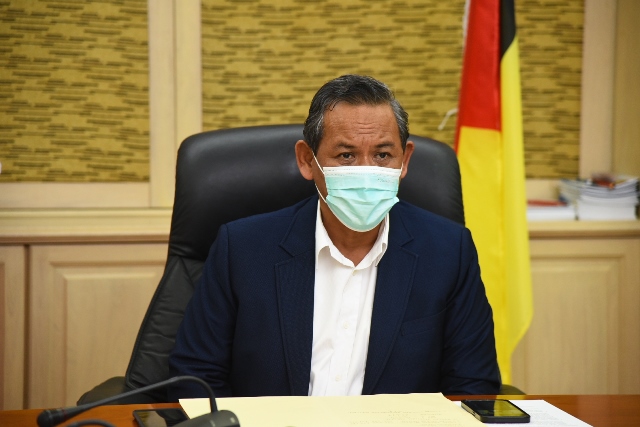 SEREMBAN, Aug 18 — Negeri Sembilan is ready to transition to Phase Two of the National Recovery Plan (PPN) soon as the number of daily COVID-19 positive cases and the use of Intensive Care Unit (ICU) beds continue to drop.

Negeri Sembilan Menteri Besar Datuk Seri Aminuddin Harun, however, said a specific timeframe for the transition had not been set as the National Security Council (MKN) meetings scheduled for last week and this week could not be held.

He said the state had almost fulfilled the criteria set by the MKN to transition to Phase Two, with 695,626 people or 85.4 per cent of adults in the state having had at least one dose of the vaccine jab and 539,975 (66.3 per cent) having completed both doses.

“The number of cases in ICUs has also improved significantly, with bed usage at 77 per cent overall, so far, and what’s far better news is that two days ago, there were no category three, four or five COVID-19 cases reported.

“This shows that vaccination has a positive impact for the people in the state, but we still have to comply with the stipulated standard operating procedure (SOP),” he said in an online media conference after chairing the executive councillors’ meeting here today.

Aminuddin also requested the Central COVID-19 Immunisation Task Force (CITF) to provide more vaccine supplies to the state as they have only received 20,000 to 21,000 vaccine doses in the past two weeks compared to 25,000 doses previously.

In another development, he said the state legislative assembly sitting will be held as scheduled from Sept 3-8 with stricter SOP to curb the spread of COVID-19.

“We are currently getting details of the SOP from Parliament to ensure the safety of every assemblyman who attends,” he said, adding that a new enactment involving the Negeri Sembilan Islamic Religious Council is expected to be passed at the sitting.

Meanwhile, in KUALA TERENGGANU, Terengganu Menteri Besar Datuk Seri Dr Ahmad Samsuri Mokhtar said that the state is expected to transition to Phase Three of the PPN in September.

The number of completed vaccinations in the state had reached around 35 per cent and the state was only five per cent short of achieving the conditions set for transitioning to Phase Three, he said.

“For Terengganu, 60 per cent of the adult population has received at least one shot while based on data two days ago, 35 per cent have completed both doses.

“So, we have less than five per cent to go before Terengganu achieves 40 per cent, which is a requirement to transition to the next phase,” he told reporters after launching the 2021 Fly the Jalur Gemilang campaign at Wisma Darul Iman here today.

The government had previously set the threshold values to be met, including at least 40 per cent of the adult population completing their vaccinations, the ICU bed usage at a safe level, and having under 2,000 new daily COVID-19 cases for the state to transition to Phase Three.

He also said that the state government was always in discussions with the Central CITF to ensure that Terengganu receives additional COVID-19 vaccines as there were positive cases involving the Delta variant in the state.