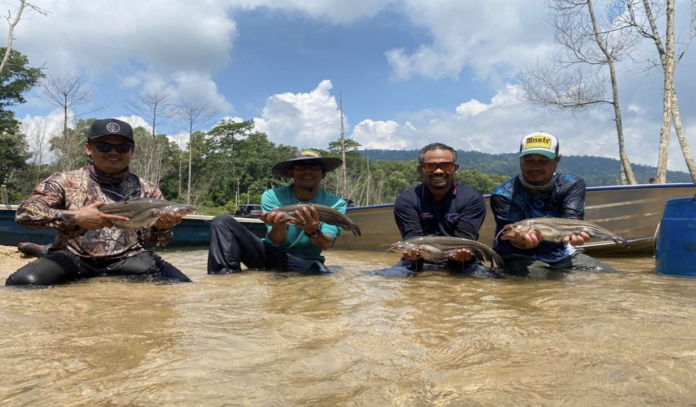 SEREMBAN, Aug 22 — The Negeri Sembilan Forestry Department (JPNS) has almost completed building a fish conservation centre or sanctuary and hatchery in Sungai Kenaboi, Jelebu and they are scheduled to commence operation early next year.

JPNS director, Saleh Awaludin said the project which costs about RM120,000 is aimed at preserving and conserving as well as enriching the various species of fish in the state’s waters from being threatened to extinction especially the rare species including kelah.

According to him, the project is under infrastructure construction and detailed discussion with various interested parties such as the Negeri Sembilan Fisheries Department, the Orang Asli Development Department (Jakoa) and several other agencies are in progress.

“The objective is to enrich our rivers with local fish species and we are selecting Sungai Kenaboi as its water is clean and unpolluted.

“The location is also rich with biodiversity and based on our record, there were lots of Kelah fish in Sungai Kenaboi but now it is difficult to find due human activities such as illegal fishing,” he told Bernama here today.

In this regard, he said the selection of fish breeds in the sanctuary would be supplied by the State Fisheries Department and Fish Research Institute (FRI) Glami Lemi in Jelebu.

He added that the sanctuary also plays the role of ensuring protected forest areas other than the original fish species inhabiting the area remain and if it is successful, a similar project will be carried out in other rivers in the state.

He said the concept of sanctuary was modeled on the Sungai Chiling Fish Sanctuary in Kuala Kubu Baru, Selangor and the Royal Belum Park in Perak which were seen as success in conserving nature.

Saleh also said the creation of the sanctuary and hatchery could help attraction more visitors to improve ecotourism and the economy of the local community.

Meanwhile. he said efforts to preserve the fish population especially the endangered and rare species need  the cooperation of the Orang Asli community as they are closest to the rivers.

At the same time, Saleh advised the people not to use electric shock and bombs which can cause the extinction of fish resources apart from trespassing areas gazetted as forest reserves.