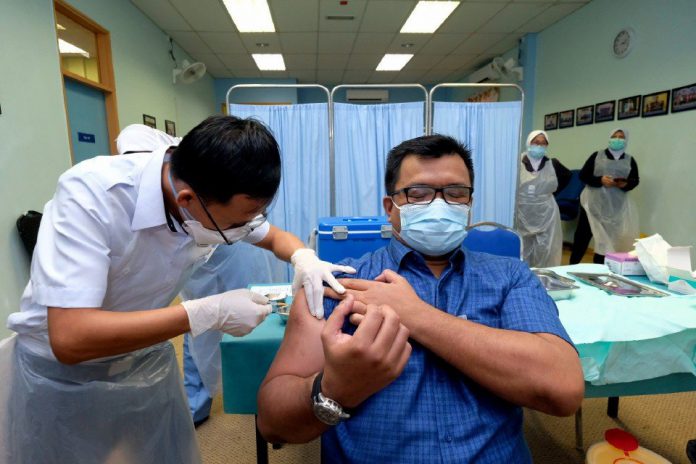 KUALA LUMPUR, Aug 22 — The involvement of private general practitioners (GPs) in administering COVID-19 vaccinations is based on current needs to ensure continuity of the National COVID-19 Immunisation Programme (PICK).

The COVID-19 Immunisation Task Force (CITF) said in a statement today, the operation to boost vaccination capacity that sought to control the COVID-19 outbreak in relevant areas was carried out from July 26 to Aug 1, which had led to its decision to reduce the number of vaccination centres (PPVs) in Klang Valley, including the participation of GPs.

Thus, it said allegations that GPs involvement in administering COVID-19 vaccines under the programme would be stopped was inaccurate as their involvement would be considered in the future.

“CITF greatly appreciates the services provided by GPs under the programme which certainly contributes to the country’s achievement of recording one of the fastest vaccination rates daily per capita in the world.

“CITF takes into account various factors in the operation of PICK such as the capacity of PPVs, the number of individuals to be vaccinated, vaccine supplies, as well as current needs, such as outbreak control,” it said in a statement today.

It said, GPs administered about five per cent of the total vaccine jabs during the implementation of the capacity boost operation, it said, adding that as of yesterday 107.7 per cent of the adult population in the Klang Valley had received their first dose, including undocumented residents and non-residents.

“Following the completion of this operation, there is a need to reduce the number of PPVs in the Klang Valley, including those involving GPs.

Meanwhile, CITF said new requirements under the programme such as the administration of a booster dose, vaccinations for individuals aged between 12 and 17 years old as well as vaccinations for new registrants will be finalised from time to time.