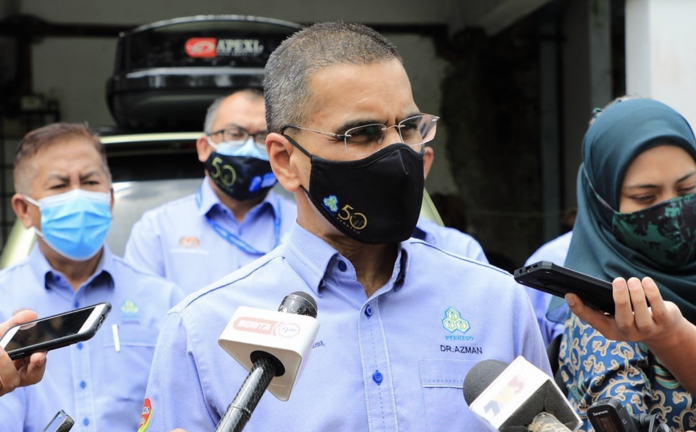 KUALA LUMPUR, Aug 24 — The Social Security Organisation (Socso) has disbursed a total of RM11.11 million to beneficiaries of eligible contributors who died of COVID-19 so far.

Its chief executive Datuk Seri Dr Mohammed Azman Aziz Mohammed said it involved almost 11,100 recipients whose applications were approved through the Survivor’s Pension category under the Invalidity Scheme and Dependants’ Benefit under the Employment Injury Scheme.

“Socso also needs to provide about RM110 million for long-term payments to their next of kin, namely the husband or wife of the recipient and then to their children until they reach 21 years old or complete their first degree,” he told reporters after presenting Socso’s benefits to eight young siblings who were orphaned by the death of their parents due to COVID-19 here today.

He said a total of RM200 million had also been disbursed through the Employment Insurance System (EIS) to almost 50,000 contributors who lost their jobs due to COVID-19 from January until July this year.

The payment was based on the stipulated conditions, namely loss of employment through the closure of companies, downsizing, Voluntary Separation Scheme (VSS) and others.

“However, those who were dismissed due to disciplinary problems and others are not eligible to apply for EIS benefits,” he explained.

Meanwhile, Mohammed Azman said from January until yesterday, a total of 2,857 cases involving contributors were assisted by Socso’s Prihatin Squad.

He said the squad, which was formed in 2016, would monitor information in the mass media, social media or from members of the public if there were deaths or accidents involving Socso’s contributors.

“We will not wait until the next of kin make an application. Instead, our officers will go straight to their house and if we find their identity card numbers in our system and proven to be eligible, we will continue to process and pay the benefits,” he said.

He added that the search and serve approach was to ensure the well-being of all employees and insured individuals.

Badminton squad can begin training if no new cases reported –...