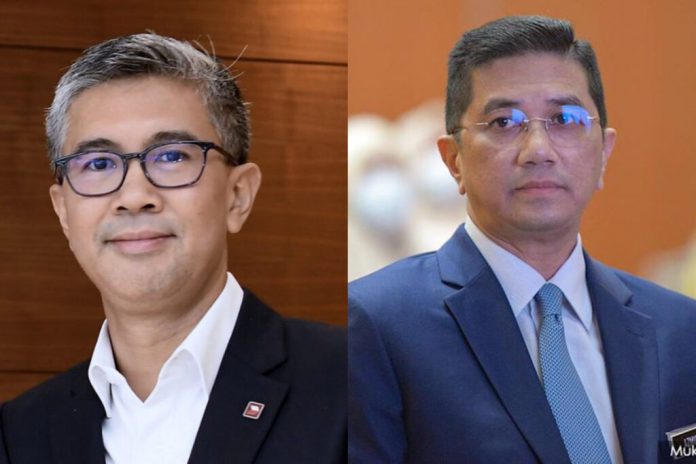 The newly-minted Prime Minister had unveiled his Cabinet line-up at 11 am today, which includes Tengku Zafrul who was first appointed as the Finance Minister on March 9, 2020.

The new Cabinet is formed after the embattled former Prime Minister Tan Sri Muhyiddin Yassin, who led the Perikatan Nasional government, stepped down on Aug 16, ending his beleaguered premiership.

During his 17-month tenure as the Finance Minister, Tengku Zafrul was also appointed as the National Recovery Plan (NRP) Coordinating Minister to monitor the implementation of strategies and assistance measures, as well as taking proactive steps in dealing with the COVID-19-triggered health and economic crisis.

He was also in charge of the Economic Stimulus Implementation and Coordination Unit Between National Agencies (Laksana).

Throughout his tenure in the ministry, the government had implemented eight economic stimulus packages worth RM530 billion to address the health crisis since the COVID-19 outbreak last year.

Prior to his appointment as the Finance Minister and an independent senator, Tengku Zafrul was the group chief executive officer and executive director of CIMB Group Holdings Bhd.

He had also served as an advisor to Tenaga Nasional Bhd’s president between March 2001 and September 2002, before joining CIMB Investment Bank Bhd.

Tengku Zafrul was born in Kuala Lumpur on June 25, 1973, and received his early education at the Malay College Kuala Kangsar before furthering his studies at the University of Bristol, United Kingdom and graduating with a Bachelor of Science (Hons) Economics and Accounting.

He then obtained a Master of Arts (MA) in Finance and Management from the University of Exeter, and is a Fellow Chartered Banker with the Asian Institute of Chartered Bankers.