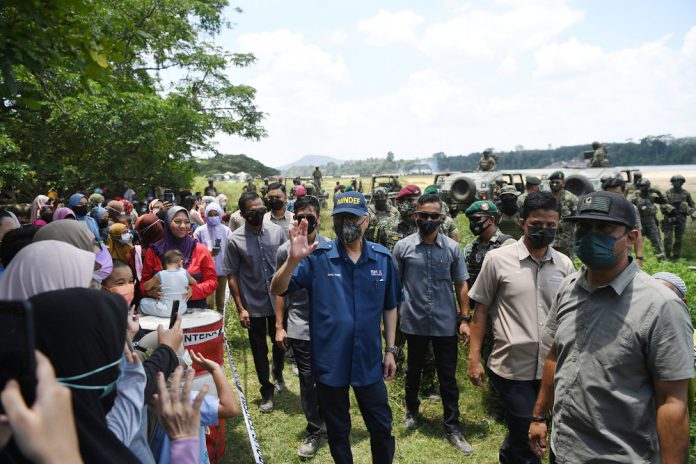 BERA, Aug 28 — Datuk Seri Ismail Sabri today returned to his Bera parlimentary constituency for a working visit and to meet the local community for the first time after his appointment as Prime Minister.

Earlier, he visited the graves of his father, Yaakob Abdul Rahman and mother, Wan Jah Wan Mamat at Lubuk Kawah Muslim Cemetery, Temerloh at about 11am.

The Prime Minister spent about half an hour at the grave, reciting prayers and Yassin verses.

Ismail Sabri later visited Kampung Batu Bor here to inspect the Para Predator Exercise Series 1/2021 by the Malaysian Army through the 10th Brigade based at Terendak Camp in Melaka.

After that, he presented food baskets to village representatives of Kampung Kuala Bera and its surrounding areas in a brief ceremony at Kuala Bera Jamek Mosque here at about 2.30 pm following the COVID-19 pandemic.

Ismail Sabri was warmly received by a group of residents upon his arrival at the mosque who took the opportunity to congratulate him.

Yesterday, he announced his result-oriented Cabinet line-up comprising a management team working with the people to take Malaysia out of the scourges of COVID-19 pandemic.