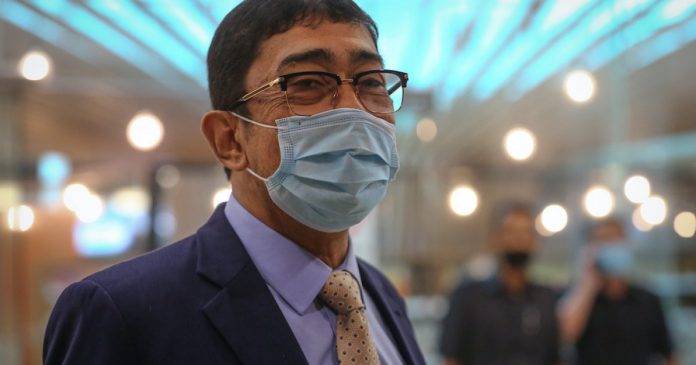 YAN, Aug 28 — Padang Besar Member of Parliament Datuk Zahidi Zainul Abidin hopes the country will no longer face political uncertainty as before, following the formation of a new government under the leadership of Prime Minister Datuk Seri Ismail Sabri Yaakob.

Zahidi, who was appointed as Deputy Communications and Multimedia Minister, said the focus of the new government now was to help the people burdened with economic problems and the spread of COVID-19.

“In this regard, we ask politicians not to cause any political crisis like before, as we already have a new government, prime minister and Cabinet.

“We hope that in the near future, politicians will try to support and cooperate (with the government) so that we can solve people’s problems,” he told reporters here today.

Earlier, Zahidi presented contributions from the ministry to victims of floods incident in Yan and took part in the ‘gotong-royong’ programme with Universiti Teknologi MARA students to clean the affected areas.

Zahidi said the donations were a reflection of the Malaysian Family spirit, a concept introduced by Ismail Sabri, to help those affected by the disaster that occurred last Aug 18.

“We hope more people will come forward to assist the flood victims,” he added.

The water surge incident, which resulted in flash floods, claimed six lives and affected about 800 homes in Yan and another 200 in Merbok, Kuala Muda.

PICK enters critical phase with arrival of some 12 million doses...