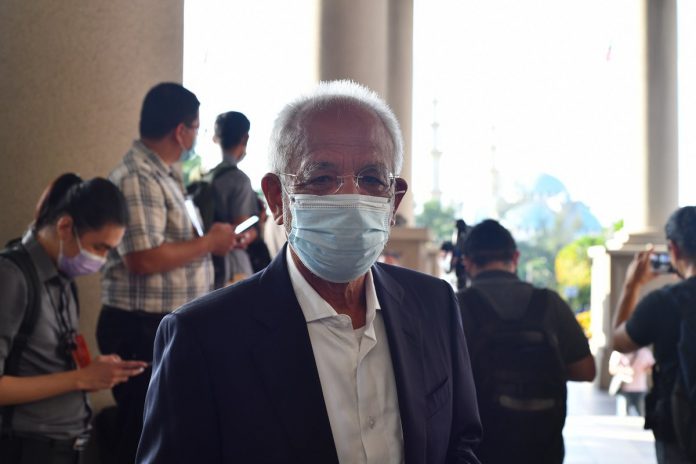 KUALA LUMPUR, Sept 2  — The prosecution in the case of former Felda chairman Tan Sri Shahrir Abdul Samad, who is charged with failing to declare RM1 million which he received from Datuk Seri Najib Razak to the Inland Revenue Board (IRB), will submit their witness statements to the defence team before the trial begins on April 6, 2022.

This was informed by deputy public prosecutor Mohd Afif Ali during the proceedings for the management of the case before High Court Judge Datuk Ahmad Shahrir Mohd Salleh today.

Meanwhile, Syahrul Syazwan informed the court that the defence team has yet to obtain the statement of facts in accordance with Section 51A (1) (c) of the Criminal Procedure Code.

He said Ahmad Shahrir ordered the prosecution to submit the document (statement of facts) before or on Sept 16 and set Feb 8, 2022 for further case management.

Shahrir, 72, was charged with money laundering by not stating his real income in the Income Tax Return Form for Assessment Year 2013, which is a violation of Section 113(1)(a) of the Income Tax Act 1967, on the RM1 million, which he received from Najib through a cheque which was then deposited into his bank account.

The charge, framed under Section 4(1)(a) of the Anti-Money Laundering, Anti-Terrorism Financing and Proceeds of Unlawful Activities Act 2001, provides a maximum fine of RM5 million, or imprisonment for up to five years, or both, if found guilty.