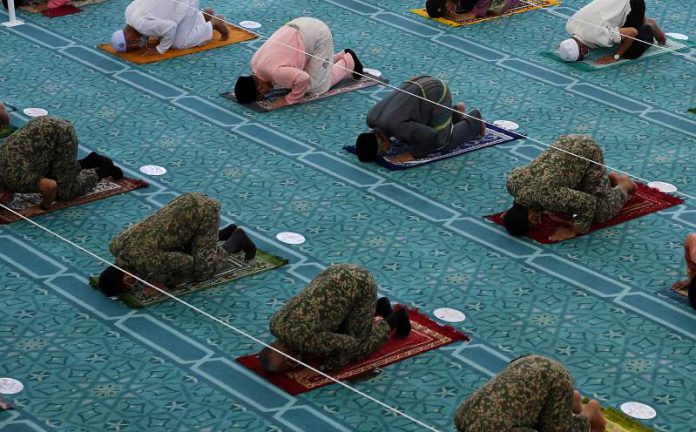 MELAKA, Sept 4  — The Melaka Islamic Religious Department (JAIM) has allowed a maximum attendance of 500 congregants at seven government mosques from Sunday (Sept 5), in line with the state transitioning to Phase 2 of the National Recovery Plan (PPN) today.

“This is applicable for the Friday, funeral and obligatory daily prayers. However, the maximum number of congregants will depend on the size of the mosques or surau, based on the physical distancing of 1.5 metres.

“For example, if the mosque can only accommodate 300 people with physical distancing, then the maximum number of 300 people is applicable,” he said in a statement here today.

He also said that among activities allowed in mosques and surau statewide are marriage solemnisation as per the standard operating procedure (SOP) set by JAIM, Maghrib religious lectures and Quran recitation before Friday prayers.

“Apart from only Malaysians and permanent residents, children aged 12 and above, are also allowed to pray in congregation at the mosques or surau by complying with all the SOP set,” he said.

Previously, only 250 people were allowed in government mosques and 100 people at parish mosques while the surau was set for 50 people only.

Bank Rakyat to instal more ATMs in Sarawak this year