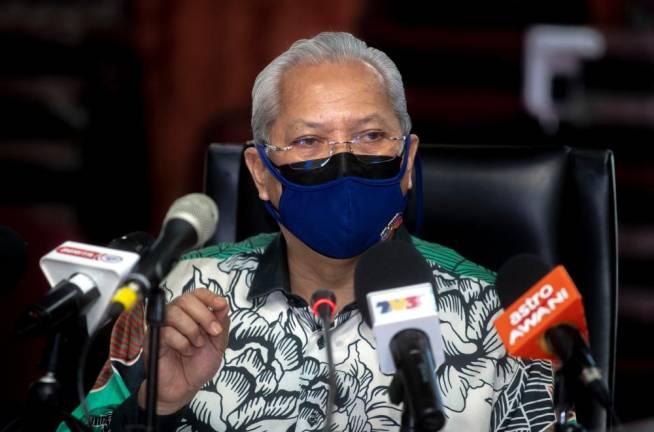 KOTA BHARU, Sept 5 — The Communications and Multimedia Ministry (KKMM) will work together with the Kelantan government and come up with fresh initiatives to develop the digital economy sector in the state.

Its minister Tan Sri Annuar Musa said the collaboration was aimed at developing the entrepreneurial skills of those who manage online businesses, in turn increasing productivity and income.

The initiative will be a joint effort between the state government, the Malaysian Communications and Multimedia Commission (MCMC) and Telekom Malaysia Bhd (TM), he said, adding that further talks will commence soon.

“This effort requires an orderly blueprint to enable entrepreneurship development in Kelantan as it is known as a state that has many talented traders and enterprises, such as craft or other domestic industries that by right should be penetrating world markets.

“This will be done by fully utilising the digital economy which has now taken hold globally. As such, Kelantan must also seize these opportunities available as it already has potential and entrepreneurship prowess,” he told reporters after a meeting with the ministry’s state coordinating committee at Wisma Persekutuan here today.

The two-hour-long meeting, among others, discussed current developments of ministry programmes at the state level, including the National Digital Network (JENDELA).

Annuar said phase one of JENDELA, which is actively being implemented currently, will focus on upgrading and improving broadband access throughout Kelantan, including Orang Asli villages, in line with the concept that internet access must be considered a human right.

“Phase one of JENDELA in Kelantan as of this August, involves the completion of 24 telecommunication towers, 870 upgraded 4G transmitter equipment and 21,867 consumer premises or homes that now have fiber optic connectivity.

“This process will continue with 67 new towers to be upgraded with 408 new 4G transmitters, allowing fiber optic connections to another 33,077 premises starting this September and to be completed next year,” he said.

Besides this, he said phase one also involves the construction of 18 satellite broadband facilities in the rural areas of Kelantan.

Separately, he also urged broadcasting and information agencies nationwide to improve efforts to disseminate information on programmes implemented by the government so that they can be delivered more accurately and quickly.

“The ministry believes there is room for improvement not only in Kelantan but throughout the country as well to review usual practices in the effort to improve the effectiveness of information delivery,” he said.