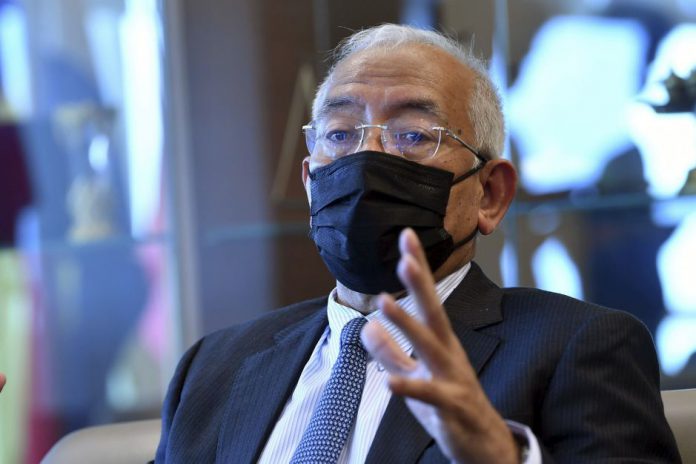 KUALA NERANG, Sept 5  — The government has agreed to maintain the enrolment policy of students to the Mara Science Junior College (MRSM), regardless of the type of school they came from in line with the “Malaysian Family” concept introduced by Prime Minister Datuk Seri Ismail Sabri Yaakob in his maiden speech.

Rural Development Minister Datuk Seri Mahdzir Khalid said all students were entitled to the opportunity to continue their studies at MRSM and the proposed policy changes on the matter announced earlier were not applicable.

“The MRSM is a long-standing education industry, so I want to emphasise today that the Rural Development Ministry, after discussing with MARA (Majlis Amanah Rakyat) officials and leadership, has agreed to return to the original policy.

Several opposition leaders had previously voiced their opposition to the new conditions for admission to MRSM which accepts only national primary and secondary students.

MRSM’s official website for the 2022 admission, among others, states that admission for Form One and Form Four students is limited to applications from candidates of national primary and second schools only.

Previously, the entry requirements for MRSM only required applicants to be Malaysian citizens and it was open to students attending schools in Peninsular Malaysia, Sabah and Sarawak.

Mahdzir said the eligibility and selection of students would be based on the MRSM Entry Tendency Test (UKKM) which will evaluate their interest in Science, Technology, Engineering and Mathematics (STEM) subjects as well as students’ personalities.

Apart from that, he said the 10 per cent intake quota of non-Bumiputera students would remain and there was no change in line with the concept of “Malaysian Family”.

He said MARA’s policy also aimed to provide a 60 per cent quota to outstanding students from B40 families to study at MRSM.

“The MRSM education system aims to pave the way for secondary education opportunities so as to produce Bumiputera students who are holistic, excellent in academics, science, technology and entrepreneurship.

“MRSM’s education system is also slightly different from other education systems in terms of cognitive ability and personality of students. MRSM gathers excellent students with high potential in line with the implementation of its character development programme based on MRSM core values of SIKAP (Scientific, Independent, Creative, Trustworthy and Patriotic),” he added.

There are 55 MRSMs nationwide that can accommodate 37,198 students.

Electricity, water tariffs in peninsula unchanged, chicken prices will not be...