马中透视 MCI
Home Editor's Pick Ziyad’s Case: Let it be an expensive lesson for us – CDM 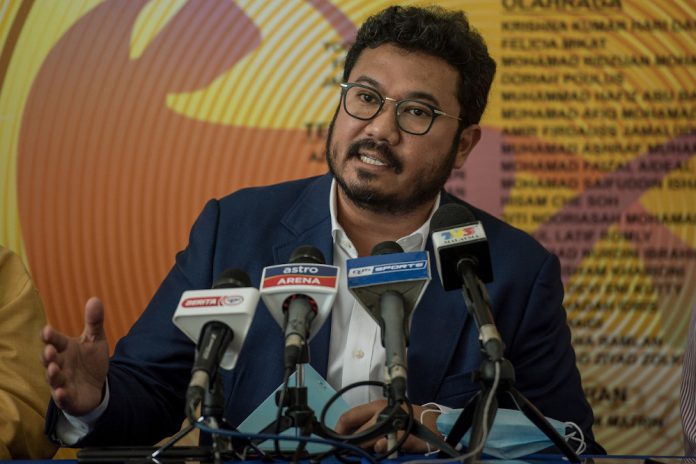 He admitted that such glitches were inevitable for any country including Malaysia during major Games or any big tournament but reminded his charges not to repeat the mistake in the future.

“Mistakes are part and parcel of the Games. It was indeed a huge lesson for Malaysia, especially the coaches to be more prepared next time around.

“I believe they will have to restructure or improve on how to handle the warm-up or training session before the competition day so as to not make the same mistake,” he told a virtual press conference today.

Last Tuesday, Muhammad Ziyad was denied the gold medal in the men’s shot put F20 with a recorded throw of 17.94 metres, a new world record.

He was classified as “Did Not Start (DNS)” following a protest against him by the Ukrainian team who claimed that Muhammad Ziyad was late in reporting himself to the waiting room before the event took place.

The controversy on the seventh day of the prestigious event saw Ukrainian athlete Maksym Koval being announced as the gold medal winner with a throw of 17.34 metres.

He also simultaneously broke Muhammad Ziyad’s record of 17.29 metres which the latter created at the 2017 World Para Athletics Championships in London.

Meanwhile, Megat D Shahriman, who is also the  Paralympic Council of Malaysia president, said they would proceed with the protest and appeal to the International Paralympic Committee (IPC) and World Para Athletics (WPA) once the Tokyo Paralympics ended, despite meeting with the Ukraine CDM, Olena Zaitseva, here, yesterday.

Asked whether they would raise Muhammad Ziyad’s issue to the Court of Arbitration for Sport should the appeal made to IPC was rejected, he said he needed to engage a lawyer first before making the next move.

“That is why the CCTV footage in the call room and waiting area of the Tokyo Olympic Stadium is pertinent as evidence of the incident in pursuing further action,” he added.