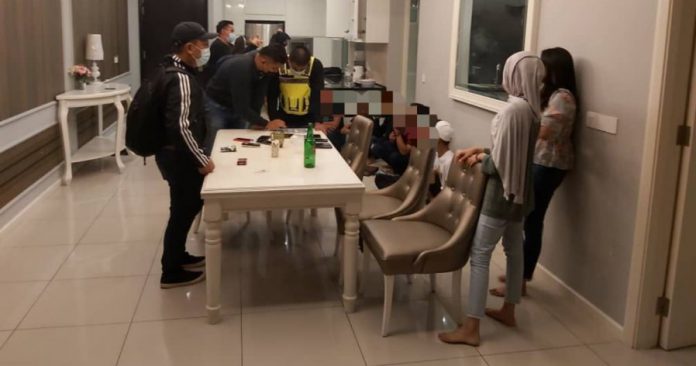 MELAKA, Sept 11 — Eight teenagers were among 17 individuals arrested by the police in simultaneous raids at two private parties  at a condominium on Jalan Persisiran Bunga Raya here last night.

Melaka Criminal Investigation Department head ACP Mohd Sukri Kaman the arrest of the 17 individuals, aged between 17 and 35 and comprising 15 men and two women, at the two condominium units was conducted under Op Noda at about 11 pm.

They were dancing and drinking liquor when police raided the premises following a tip-off, he said in a statement today.

He said one of them, aged 19, tested positive for methamphetamine, and all of them were released on police bail after they were issued compound for violating standard operating procedures under the Prevention and Control of Infectious Diseases (Measures within Infected Local Areas) Regulations 2021.

Only two telcos signed service agreement with DNB so far