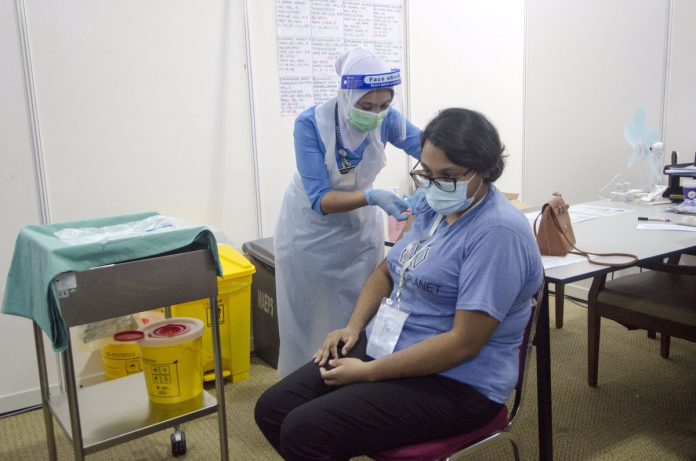 He said the harmonisation effort is the cooperation between his ministry and the Ministry of Health as well as MIMOS Berhad, adding that it must be carried out as the data on daily vaccinations it received from several states, notably from Kelantan needed to be updated.

Adham said based on the census data provided by the Department of Statistics Malaysia (DOSM), the total adult population that has registered to receive the COVID-19 jabs in Kelantan is 1.2 million people.

“We will harmonise the data because we find (some of) these individuals have been vaccinated in other states,” he told reporters during a media conference at a public vaccination centre (PPV) in Dewan Sri Tunjong, Kelantan State Education Department here today.

“CITF will harmonise the data, then we are confident of achieving herd immunity in Kelantan by September,” he added.

On Wednesday (Sept 8), the state Local Government, Health and Housing Committee chairman Dr Izani Husin was reported to have said that 20 per cent of Kelantan’s 1.2 million registered vaccine recipients reside in other states and have received their COVID-19 vaccines.

Monkeypox diagnosed in traveller who transited via Singapore to Australia on...