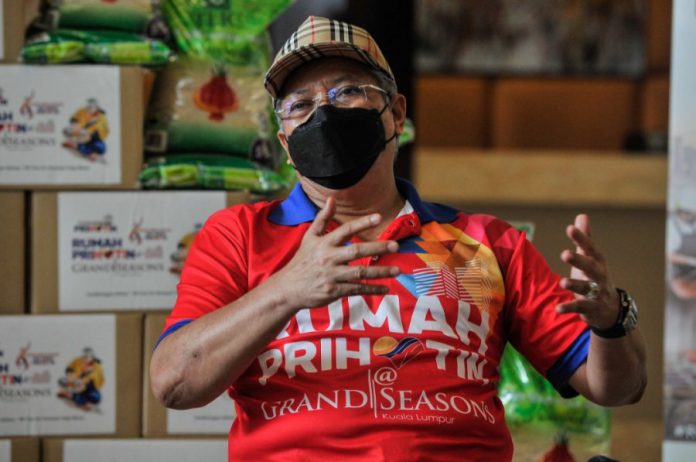 KUALA LUMPUR, Sept 12 — A proposed memorandum of understanding between the government and the opposition on institutional transformation is still at the discussion level, Communications and Multimedia Minister Tan Sri Annuar Musa said.

In this regard, he said a joint statement will be issued later today once discussions on the matter are concluded.

“We are confident there will be a joint statement once we can find common ground and finalise matters. Insya-Allah, we hope that the committee can issue a media statement this evening on decisions reached.

“What we are working on is an initiative on the part of the government led by Prime Minister Datuk Seri Ismail Sabri Yaakob to ensure that today’s government is a government that has the political will to implement the transformation agenda,” he said.

He was speaking to reporters after presenting food aid to the needy and frontliners of Rumah Prihatin here today.

Yesterday, the Pakatan Harapan (PH) Presidential Council said it was inclined to accept a memorandum of understanding offered by Ismail Sabri following a meeting between Opposition leaders and the Prime Minister on Aug 25.

Earlier, Annuar confirmed that the Prime Minister has appointed a committee comprising five ministers, including himself, and six more individuals representing PH.

“The committee aims to continue discussions and negotiations with various parties, especially from the opposition, to find consensus on matters of mutual interest under the concept of an inclusive government that the Prime Minister wants to implement.

“I can also confirm that the committee is also carrying out the tasks entrusted by the leadership from both sides to finalise details that will allow this memorandum of understanding to be inked very soon,” he said.

Report on LRT collision to be presented to Cabinet tomorrow –...