马中透视 MCI
Home Editor's Pick Undi 18: Implementation must be in tandem with education on democratic practices 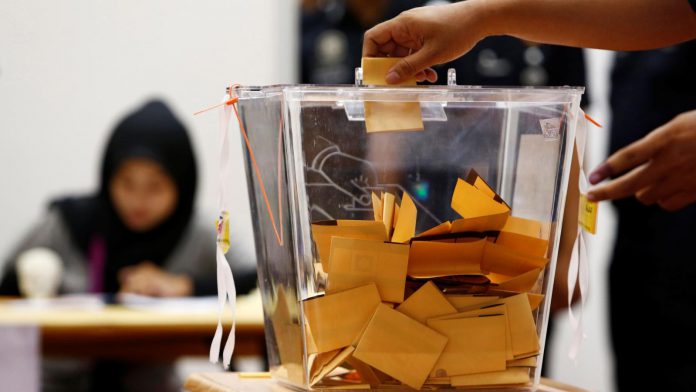 KUALA LUMPUR, Sept 12 – The implementation of Undi 18 must be in line with education on the political system and democratic practice in the country especially to the younger generation, says a leader of a youth non-governmental organisation.

Malaysian Youth Council (MBM) president Jufitri Joha said even though the council is happy with the government’s commitment to implement Undi 18, the younger generation must be educated on how to exercise their rights to vote the best that they can.

“We welcome the implementation, but we must also remember this is not just about rights but it is also about responsibility.

“The younger generation must be educated on how to chose right and ethical leaders and not merely following friends and emotions,” he said when contacted by Bernama.

According to Jufitri, for its part, the MBM had taken the initiative to implement Sekolah Politik 2.0 which is being done virtually to assist by giving exposure to youths on the country’s political system and efforts to rally support from youths of various races.

“With participation receiving encouraging response, it proves that the younger generation are extremely interested to exercise their rights as votes,” he said.

He said the responsibility to disseminate information adequately to the younger generation before they translate their aspirations on the voting ballots wisely is for all quarters.

Meanwhile, Jufitri said he is confident Undi 18 can be implemented in the 15th general elections (GE15) based on the passion displayed to transform the parliament as mentioned by Minister in the Prime Minister’s Department, Datuk Seri Wan Junaidi Tuanku Jaafar.

He said, this was aimed at giving the younger generation the understanding and awareness about their roles regarding the importance of the practice of democracy system in the country which should be preserved and implemented the best that they can.

“Educators must be neutral and not take sides when imparting education as a whole. It must be part of the syllabus to prevent teachers and students from being manipulated by anyone,” he said.

Mohd Alif Anas also suggested that the eligible age to qualify as a general election candidate must be set at 18 in line with the implementation of Undi 18.

He said if all parties like the Election Commission (EC) and legal bodies can work together and find mutual understanding, GPMS is confident that Undi 18 can be implemented in GE15.

At the same time, Mohd Alif Anas said EC should find the best mechanism conducting the elections in the pandemic phase.

“We understand political stability is key to an efficient government. Therefore, we must be aware that election must be held when the time comes,” he added.