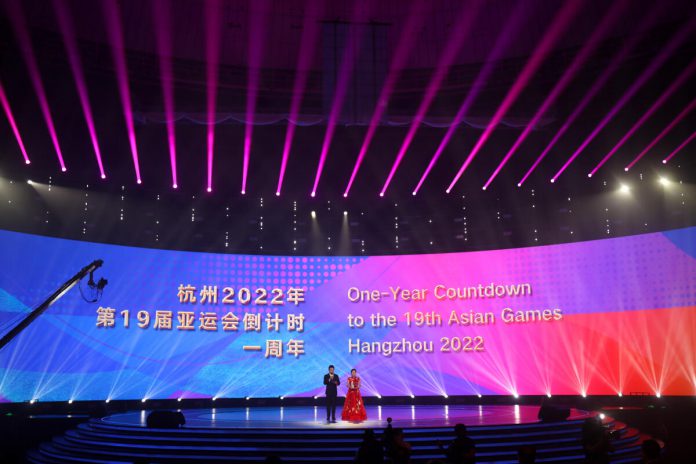 As an Asia-wide sports gala, the Asian Games is not only a sports event, but also a concentrated display of a city’s civilisation concept, public participation, high-tech achievements and international image, according to a statement.

With the overall positioning of ‘New Era, Great Asian Games’ and the concept of hosting a green, smart, economical and ethical event, the Hangzhou Asian Games has overcome the impact of COVID-19 and made solid progress in all areas of preparation.

“To ensure the success of the Games and the improvement of the city, our stadium construction has always combined the operation during the Games and the use after the Games. It is not only to meet the needs of the Games, but more importantly to leave a legacy of the Games for the city and the people,” said deputy secretary-general of the 19th Asian Games Hangzhou 2022 Organising Committee and vice mayor of Hangzhou, Chen Weiqiang.

“Hangzhou will increase the use of venues after the Games, promote sports for all, mark the Asian Games into a city brand, let more people come to Hangzhou, know Zhejiang, and let the world feel the cultural heritage and innovation vitality of Hangzhou.”

This year is decisive for the preparations for Hangzhou Asian Games. The Games has 55 competition venues, five Asian Games villages and athletes sub-villages in Hangzhou and five co-host cities in the province.

Currently, 42 competition venues have been completed, and the competition functionality acceptance is underway. It is expected all venues will be delivered and enter the trial operation before 2021-end.

Preparations for the Asian Games will continue to make joint efforts in sports service, smart city development and branding.

Efforts will also be made to create a superb sports and cultural event with Chinese style, Zhejiang glamour and Hangzhou flavour, so that the Hangzhou Asian Games will impress the world in 2022.

With motion on ties with bersatu decided, umno no longer at...