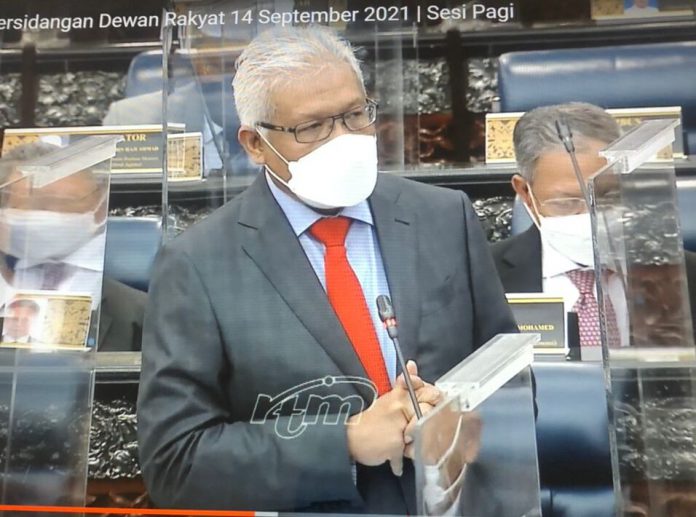 He said such an action was taken after nearly 100 positive COVID-19 cases were reported at the Parliament building.

“It is about the government wanting to take care of the Yang Berhormat so that they can be present today,” he told the Dewan Rakyat today.

On the issue of compound issued to MPs who gathered to enter the area, Hamzah said the action was taken as it was as offence for them to assemble and it was a violation of the standard operating procedures (SOPs) during the COVID-19 pandemic.

However, Hamzah said, the value of the compound was reduced after he discussed the matter with the Health Minister.

Meanwhile, when Wong Kah Woh (PH-Ipoh Timur) told the House that he was prevented from entering Parliament on the same day to attend the Public Accounts Committee (PAC) meeting, Hamzah said  an error occurred.

“Since we wanted to make sure everything went well for the sanitation to be carried out, we issued instruction not to allow anyone to enter,” he added.

Earlier, Dewan Rakyat Speaker Datuk Azhar Azizan Harun, chaired the Parliament session, said Parliament was not closed then and he had instructed Dewan Secretary to allow all MPs to enter.

“However, on the road closure, it is under the action of the police and why they closed the road, I had no knowledge of it,” he added.