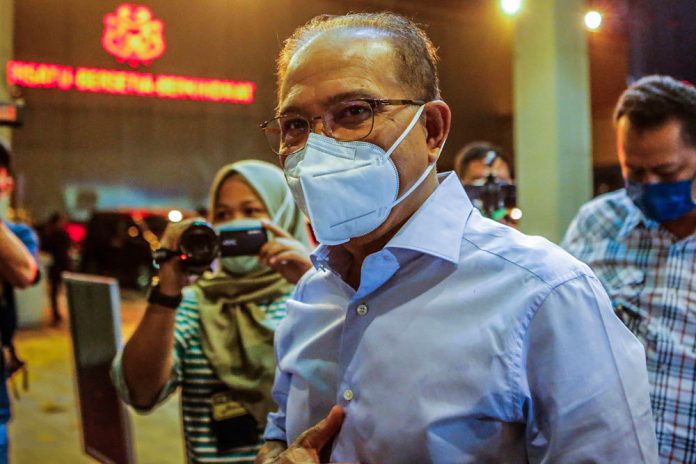 He said the claims to build the theme park were untrue and urged all parties to refer to the state government for the truth behind the issue.

“It is not true … don’t believe it, so far there has been no official application and we have never discussed the matter in the Exco meeting,” he told a press conference after visiting the vaccination centre (PPV) for adolescents at Sekolah Menengah Kebangsaan Bukit Rangin here today.

He was commenting on claims that a RM100 million theme park spanning over a ​​24-hectare site would be built in Cameron Highlands and non-governmental organisations (NGOs) as well as local residents have objected the move.

Meanwhile, on Pahang’s transition to Phase Three of the National Recovery Plan (PPN), Wan Rosdy said all criteria had been met except for the relatively high number of bed usage in the intensive care unit (ICU).

“We have passed the vaccination rate requirement, infectivity rate is below one per cent, the only issue is the ICU bed usage, as such, we hope the National Security Council will give special consideration for Pahang to move to Phase Three,” he said.

Meanwhile, he said the state government estimates that about 30,000 people from the Federal Land Development Authority (Felda) in Pahang would be receiving at least the first dose of the COVID-19 vaccine by the end of September.

On the 12th Malaysia Plan (12MP) which will be tabled next Monday, Wan Rosdy said the state government hopes priority would be given to infrastructure development involving roads and hospitals in Pahang.