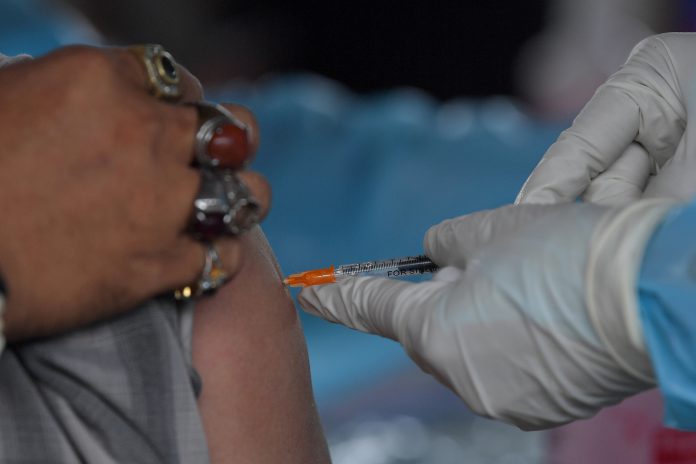 SHAH ALAM, Sept 22 — The Selangor Religious Department (JAIS) is expected to present the list of individuals refusing to receive the COVID-19 vaccine under its special vaccination programme to the Sultan of Selangor, Sultan Sharafuddin Idris Shah this Friday.

JAIS director, Datuk Mohd Shahzihan Ahmad said this followed the continued refusal of the Quran and Fardu Ain (KAFA) class teachers, mosque officials and committee members, and the department’s assistant registrar of marriages to be vaccinated against the disease although a vaccinaton programme had been specially created for them

“I was ordered by His Royal Highness yesterday to report all the facts on the programme today, especially on those who did not turn up or refused to be vaccinated for the Sultan to study it and discuss the next course of action to be taken.”

He said this at a news conference at the JAIS special vaccination programme which was also attended by Selangor Health director, Datuk Dr Sha’ari Ngadiman.

Mohd Shahzihan said out of the 146 individuals who were present up to 11 am today, only 20 per cent of them agreed to receive the first dose of the vaccine.

He said the actual number of those ordered to be present at the programme held in collaboration with the Selangor Health Department was 872 from among the KAFA teachers, mosque officials and committee members, and marriage assistant registrars.

Meanwhile, Dr Sha’ari said the individuals who refused to get vaccinated today should be open to getting the vaccine jabs eventually and they could go to the 53 health clinics and 10 hospitals listed in Selangor for walk-in vaccination.

He said the State Health Department had agreed to holding the special vaccination programme with JAIS today if a big number was willing to receive the vaccine jabs.

On Sept 3, JAIS announced the holding of the special vaccination programme for the targeted groups following the Selangor Sultan reminding those who were still stubborn and refusing to receive the vaccine that they might not be allowed to carry on with their duties.

On another development, Mohd Shahzihan advised cosmetics entrepreneur Muhammad Sajjad Kamarul Zaman, better known as Nur Sajat, to return to Malaysia to face the charges made against him.

He said if Muhammad Sajjad was afraid to return to Malaysia following alleged death threats from any parties, he could lodge a police report for an investigation be conducted on the matter.

Political parties should be open to discussions regarding Malaysia’s future –...

Malaysian MNOs can potentially save RM30 bln over 10 years with...