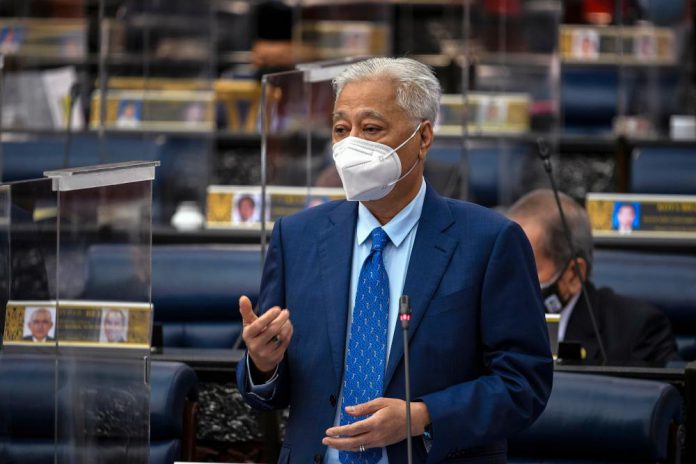 KUALA LUMPUR, Sept 23 — Prime Minister Datuk Seri Ismail Sabri Yaakob is confident that the government’s target to create 500,000 job opportunities this year shall be achieved as over 376,000 jobseekers have been able to secure employment between January and Sept 10.

He said this was made possible through 27 initiatives implemented by the government.

Ismail Sabri said the figures which were disclosed at the third meeting of the National Employment Council (NEC) which he chaired yesterday, surpassed the government’s initial target of creating 354,276 job opportunities in the first nine months this year.

“Besides, the government had also managed to create 97,000 new jobs through domestic investments, 76 per cent of which are in skilled and semi-skilled categories.

“The number of new jobs created is part of the target of creating 160,000 new jobs from the government’s investment commitment of 2021,” he said in a statement here today.

Meanwhile, Ismail Sabri said in a bid to empower the labour force to be more resilient, highly skilled and internationally recognised, the government will implement the National Job Creation Strategic Plan (NJCSP) with the support of five specialised taskforce under the NEC.

He said the creation of jobs would also be enhanced through six key strategic thrusts, namely enhancing industry-academia collaboration; nurturing talents to meet the needs of industry, empowering local entrepreneurs to thrive in the current economic situation; leveraging the gig economy to find income-generating opportunities; boosting the growth of new and modern sectors; and accelerating the adoption of modern workplace practices.

“The six thrusts will be the guidelines for the implementation of six game-changers including applying artificial intelligence technology for the purpose of job matching and profiling, besides improving the marketability and quality of TVET graduates,” he said.

The Prime Minister also said that the Ministry of Finance and Ministry of Human Resources had been entrusted with the responsibility to develop a one-stop digital platform to ensure that all training programmes organised by ministries and government agencies could be monitored in a structured and effective manner.

“The meeting also agreed to ensure that the offering of the courses will be based on the current economic situation, demographics, and the needs of the local economy,” he said.

He added that the government is also confident that the NEC strategy, including the implementation of NJCSP, could maintain the momentum of economic recovery and increase job creation, thus addressing labour shortages in certain sectors, ensuring equal opportunities for the vulnerable, and other employment-related problems.

No link between empty syringe and vaccine-selling syndicate, says Khairy