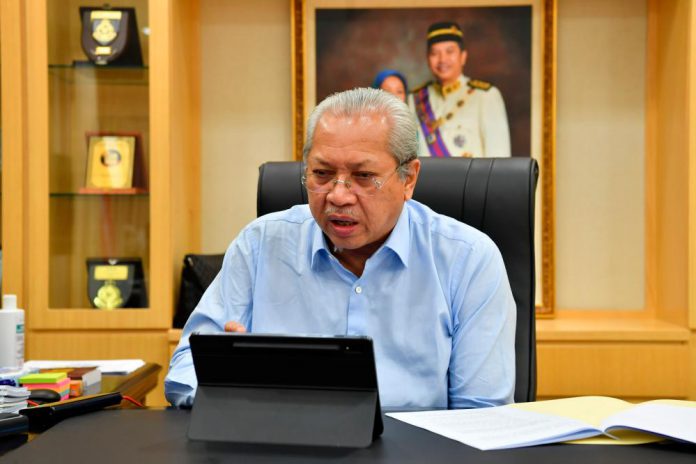 Its minister Tan Sri Annuar Musa said it was also to create a system that would enable the country’s creative industry to grow with a structured framework and push the industry to higher levels.

“It’s not just a matter of helping arts practitioners, but to look at the industry from a larger perspective and recognise their contributions in the context of prospering the country, driving the economy and attracting investment,” he said in the ‘Bersama Annuar dalam Twitter Spaces Bernama’ programme that discussed recovery efforts for the Creative Arts Industry.

The discussion was participated by practitioners of the arts from all levels, including leaders of associations representing the group.

Annuar said one of his missions after the country recovers from the COVID-19 pandemic was to no longer see the creative industry operating in a ‘business as usual’ manner, and instead make it one of the largest industries to contribute to the country’s Gross Domestic Product.

Until then, he said industry players could provide counter-suggestions or even reprimand the government if they found that standard operating procedures (SOP) set for the industry were unreasonable.

“Sometimes, the SOPs are prepared by deskmen in offices, who do not look at things realistically. You can reprimand or suggest to me, and we can amend the SOP,” he said in response to concerns on one such SOP stipulating that filming must be done within a safe zone of at least one kilometer from the nearest settlement area.

Freddie, meanwhile, proposed that a quota system be created for radio stations to provide more airplay for local artists.

On this, Annuar was of the view that there should be a policy or guidelines for radio stations to prioritise local songs over international popular songs to protect and provide incentives and encouragement to local creators, singers and musicians.

“If possible, maybe Freddie can propose this in a formal manner so that the matter can be looked into closely.

“It does not mean that we are shutting out foreign songs but there has to be reasonable balance with priority given to creators, singers and musicians,” he said.

P-hailing drivers, riders will be required to contribute to Socso