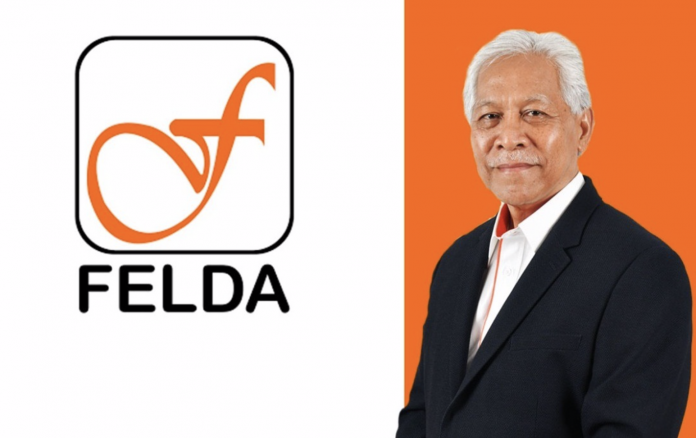 He said the government had put a focus on FELDA’s rehabilitation plan in the 12MP to help the agency return to its heyday as the driver of national settlement development.

“The government sees the potential of FELDA. The proactive initiatives that will be implemented by the government for FELDA are testament to the strong and continuous support in ensuring the agency returns to its glory days,” he said in a statement issued by the agency today.

According to Idris, the government’s efforts through FELDA’s financial restructuring, such as the provision of sukuk worth RM9.9 billion and settlers’ debt adjustment of RM8.3 billion benefiting 112,638 settlers, are in line with the government’s high impact initiatives and its desire to empower agencies and the socio-economic status of FELDA settlers.

He added that the government’s support to make FELDA a leader in national food security and smart agriculture provided a morale booster for the agency to continue to lead in the diversification of livestock and crops of high value in order for FELDA settlers to be resilient and enjoy higher living standards.

“Optimal land use through a variety of smart and group farming activities will provide opportunities to the next generation, especially in improving economies of scale through the use of advanced technology to improve the quality of crop yields,” said Idris.

According to National FELDA Settlers chief Sulong Jamil Mohamed Shariff, the government’s concern over the issue of housing for the next generation of settlers has given a positive impact on the new generation of settlers, especially for those who are in the city to return to their hometowns and boost the economy of the settlements.

“The 12MP is also seen as an inclusive aspiration which also involves the government’s efforts in improving border control and security enforcement, especially at FELDA Sahabat in Sabah.

“Indirectly, this development will provide benefits in terms of economic growth and international peace,” he said.

Sulong also stated that the improvement of road infrastructure facilities with an allocation of RM135.3 million for the upgrading of facilities and assets for emergency services, and the implementation of electricity bill rebate programme would also help reduce the high cost of living and improve the socio-economic structure of FELDA settlers.

“Therefore, with the hopes and responsibilities given, FELDA and all its settlers are committed to becoming resilient and competitive, in line with globalisation trends.

“FELDA’s management welcomes these opportunities and will implement excellent governance and management to restore the confidence of settlers and the new generation to further create a bond of togetherness,” said the statement.