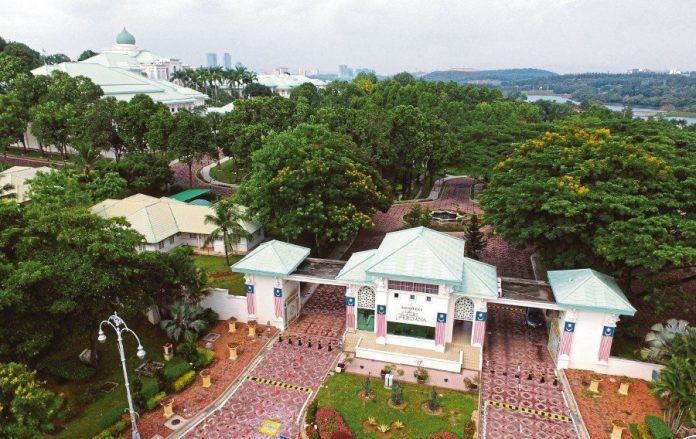 KUALA LUMPUR, Sept 30 — Tan Sri Muhyiddin Yassin today explained that the repair work on the Seri Perdana Complex in Putrajaya was approved during his administration as prime minister after receiving a report from the Prime Minister’s Department (JPM) regarding the physical damage to the building.

“Besides that, I was also informed that the electrical wiring, lighting and mechanical equipment such as air conditioners also need to be repaired because they are too worn out.

“According to experts, the wiring system of the Seri Perdana building, which is over 20 years old, can pose a risk of fire if not repaired immediately,” he said in a statement posted on his official Facebook today.

Renovation work on the Seri Perdana Complex started on March 29 and is expected to be completed on Dec 7 this year.

It is the official residence of the country’s prime minister which was built in 1997 and fully completed in 1999.

“If it is not repaired immediately, this heritage building will suffer more severe damage in the future and the cost of repairs will definitely increase,” said Muhyiddin.

Muhyiddin also stressed that he had never occupied the official residence during his time as prime minister.

Yesterday, Minister in the Prime Minister’s Department (Special Functions) Datuk Dr Abdul Latiff Ahmad was quoted as saying that the renovation of the Seri Perdana Complex, including the replacement of electrical wiring and leaking roofs involving a total cost of RM38.5 million, was approved on March 19.