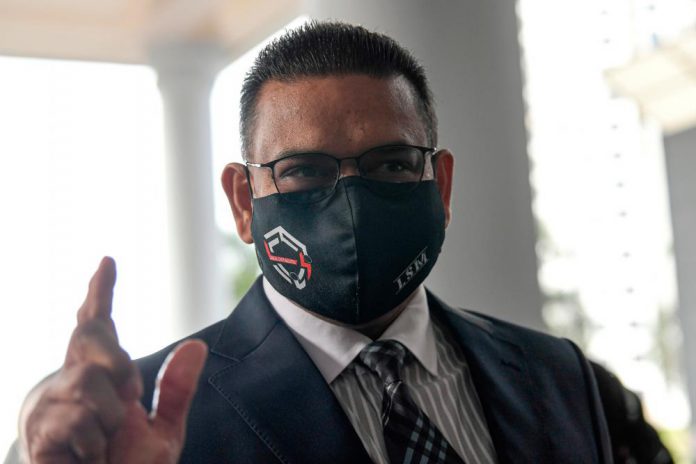 Lokman, 48, however, pleaded not guilty after the two charges were read out to him before Judge M. M. Edwin Paramjothy.

According to the first and second charges, Lokman was accused of spreading fake news through audio visual recordings about the spread of the COVID-19 virus due to the entry of Indian nationals into Malaysia and using the Facebook page of “Lokman Adam” to post false news on the death of a police officer due to the vaccine, with the intention of causing concern to the public at 10.55pm on May 3 and 10.38pm on April 9.

The charges were framed under Section 4 (1) of the Emergency (Essential Powers) (No.2) Ordinance 2021 which provide for a maximum fine of RM100,000 or imprisonment of up to three years or both, if convicted.

Earlier, Kuala Lumpur Federal Territory prosecution director Datin Kalmizah Salleh offered bail of RM30,000 for each charge with one surety with the additional condition that the accused surrendered his passport to the court.

“The prosecution urges that the accused’s passport be surrendered as the Klang Valley area will enter Phase 3 of the National Recovery Plan and possibly the national borders will be opened soon,” she said.

Counsel representing Lokman, Logen Eskander appealed to the court for lower bail and not to hold his client’s passport as the country’s borders are still closed

“My client is unemployed and is helping his wife with her satay business to support their 11 children,” said Logen.

The court allowed Lokman bail of RM10,000 with one surety for each charge and set Nov 25 for re-mention of the case.

Elderly man charged with committing carnal intercourse on a cat