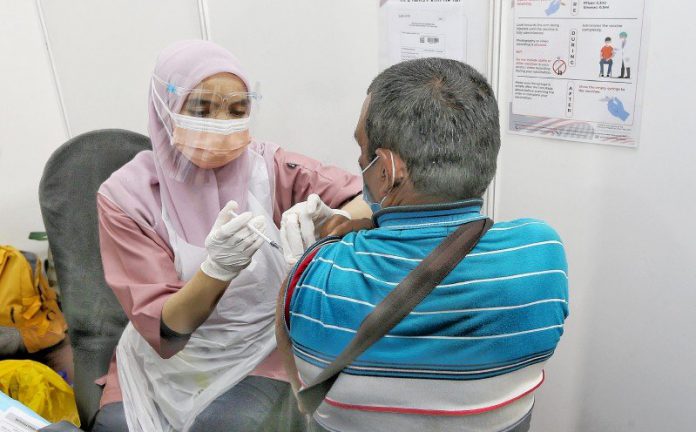 KOTA BHARU, Oct 3 — Taking the COVID-19 vaccination is a social responsibility for all members of the community, especially as the majority in the country have been inoculated, says Deputy Minister in the Prime Minister’s Department (Religious Affairs) Datuk Ahmad Marzuk Shaary.

He said vaccination was not only a means of achieving herd immunity, but it also helped reduce the severity of the COVID-19 infection and risk of death.

“What is being done by the government is very positive, despite the possibility of still being infected by COVID-19 (after) receiving the injections, it is not that serious or fatal,” he told reporters after handing over an RM20,000 donation to the Narcotics Addiction Rehabilitation Centre (PUSPEN) in Pengkalan Chepa, here today.

He said at the religious department level, the National Fatwa Committee (MFK) had, as well, concluded that the vaccines given to the people were safe and halal.

In the meantime, he said several anti-vaccine movements had influenced a large number of people, especially in the rural areas, who believed the information which was spread on social media and messaging apps such as WhatsApp.

“The government must continue its campaign (to encourage the people to be vaccinated) including by giving explanations based on proof and true studies on vaccines,” he said.

The media prior to this reported that the fear of vaccines over several conspiracy theories and claims had resulted in over 27,000 adults in Kelantan not wanting to receive COVID-19 vaccination.

Youths need to equip themselves with multiple skills set – Mustapa