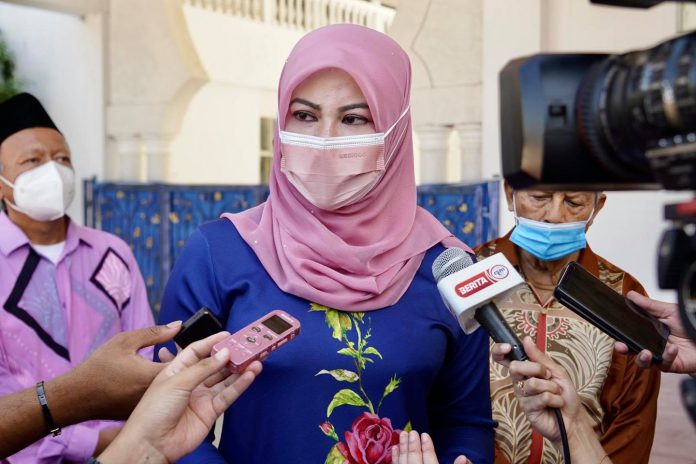 In fact, she said the case should be promptly investigated to prevent recurrence and as a deterrent to other childcare and intervention centres.

Rina said she had instructed the Social Welfare Department (JKM) to take suitable action under the Care Centres Act 1993 (Act 506).

“The operator of the centre can also be prosecuted and compounded as provided for in Section 21 and 21A of the same Act.

“Intervention actions from the aspect of psychosocial and counselling will be provided to the parents and the child by a registered counsellor to protect their physical and emotional wellbeing,” she said in a statement here today in response to the video clip of an autistic boy being allegedly abused by a woman at an autism intervention centre here, which went viral on social media yesterday.

Elaborating, Rina said her ministry will not compromise with any quarters involved in the abuse of mistreatment of children and would stay committed to enhancing public awareness to protect them.

She also advised parents to send their children only to childcare centres or nurseries registered with the JKM to ensure their children’s safety.

She said information on those registered centres and nurseries can be obtained at www.jkm.gov.my or http://ezi2care.jkm.gov.my.

At the same time, Rina said members of the public with information of cases involving child abuse should continue acting as the eyes and ears of the government by channelling the information to the police, Kasih hotline at 15999 or WhatsApp to 019-26 15999 or to 108  JKM offices nationwide.