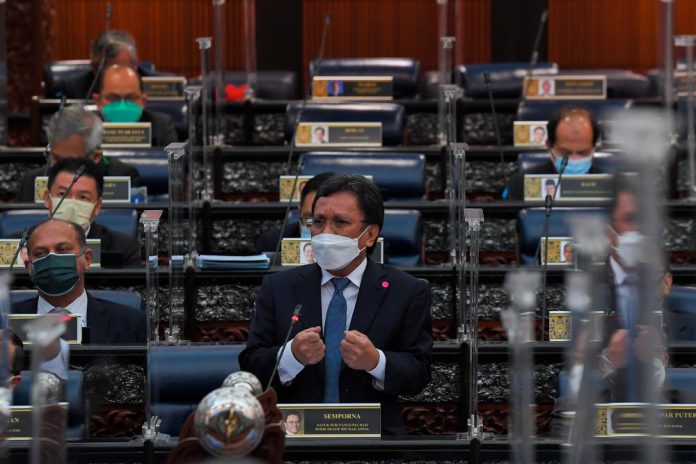 During the 12th Malaysia Plan (12MP) debate at the Parliament today, Mohd Shafie said to date, no new plan for the country’s industrial sector has been finalised after the third IMP expired in 2020.

“I really hope the government can expedite the new IMP so that the way forward for the country’s industrial sector is clearer. This is important to help increase local ownership of equities in the industrial and corporate sectors,” he said.

He said the government should fine-tune the industrial sector’s role in the country’s development.

“For example, the cocoa industry was one of the biggest contributors to Sabah’s economy, yet the downstream activities were not carried out in Sabah, instead, it was brought to Peninsular Malaysia.

“Consequently, the locals were unable to enjoy the spillover effects from the industry, either through jobs or businesses in the chain. This is a matter that needs to be re-examined by the government,” added Mohd Shafie.

Given the RM400 billion budget for the 12MP, he said it was important for the government to prioritise the allocation towards creating more job opportunities, especially in high-skilled sectors.

“I would like to suggest for the government to establish a body to monitor the implementation of 12MP with the main objective of creating more jobs for the people,” he said.

Mohd Shafie added that the government should also focus on finding a niche market in the Fourth Industrial Revolution, while incorporating the “Malaysia Best” mentality.

“We need to bring Malaysian products that we are proud of to the international markets. I also hope that this matter will be included in the new IMP framework later,” he said.

Meanwhile, he said Malaysia Airlines needed to consider a profitable business model rather than leaving its assets static and unused.

He said Malaysia Airlines is an important company to Malaysia’s economy, but from 2002 to 2020 and after undertaking seven transformation plans, the national flag carrier continued to need funding from the government to cover its operations.

“Despite being given so much funding, Malaysia Airlines still faces various problems. Maybe we need to look at the solution to this problem from another angle,” he said.