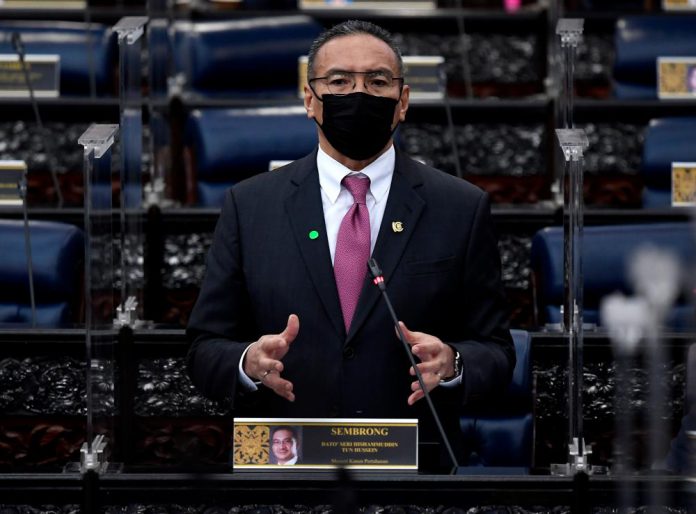 He said there was no denying that the combined military strength of 10 ASEAN countries was more capable of facing any major power compared to the might of a single nation.

This matter, he said, was brought up by the Indonesian Defence Minister during a telephone conversation with him yesterday with regard to the importance of all ASEAN nations to interact more closely, especially following the new strategic alliance with Australia, the United Kingdom and the United States (AUKUS).

However, speaking at the winding up of the 12th Malaysia Plan (12MP) session in the Dewan Rakyat today, Hishammuddin said this did not mean ASEAN countries need not continue to approach the powers that are involved with AUKUS.

“As it happens, the special envoy from Australia, the Australian Vice-Admiral will be meeting me today. What we do through diplomacy is not to say that we are strong but at least we have our own stand as a sovereign nation.

“At the same time, the 10 nations in ASEAN also have our own stand and strength, which can be voiced out to any parties that try to deny our position in this region,” he said.

He was replying to a question from Mohamad Sabu (Amanah-Kota Raja), who suggested that ASEAN, as an allliance bloc of Southeast Asian nations, play a crucial role in dialogue sessions with major countries, especially if it involved the security of the region.

Elaborating, Hishammuddin felt that it was an apt suggestion and was the sixth thrust under the Defence Ministry’s strategic plan, namely strengthening of international cooperation in ensuring national defence.