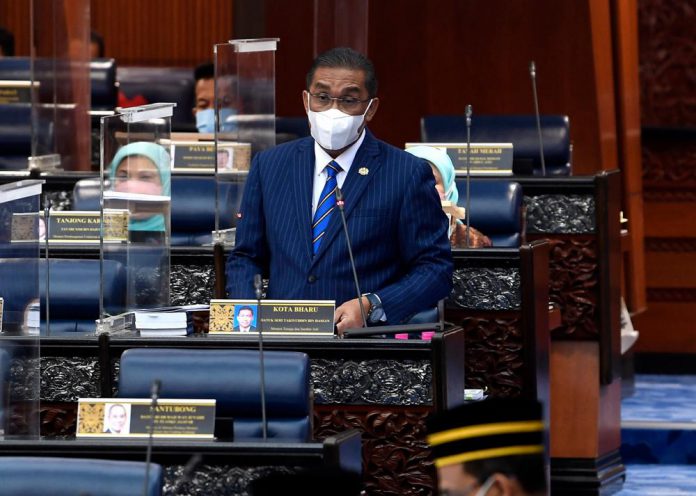 KUALA LUMPUR, Oct 6 — Any consideration for rebates or discounts on electricity bills in the future is subject to the government’s financial position, said Energy and Natural Resources Minister Datuk Seri Takiyuddin Hassan.

In 2020, he said, the government provided a discount on electricity bills involving an expenditure of RM2.75 billion which was jointly funded funded by the Finance Ministry, through the COVID-19 Fund (KWC), the Electricity Industry Fund and Tenaga Nasional Berhad.

He said this when winding up the debate on the 12th Malaysia Plan (12MP) in response to a proposal by Shaharizukirnain Abdul Kadir (PAS-Setiu) for the government to extend the electricity bill discount to domestic consumers of small and medium micro enterprises until December.

Takiyuddin said the targeted  discounts of up to 40 per cent in electricity bills to domestic consumers and a five per cent discount to micro, small and medium enterprises (PMKS) for the period between July 1 and Sept 30, 2021 in the peninsula and Sabah involved an allocation of RM487 million.

Meanwhile, in response to an issue on mining raised by Wong Chen (PH-Subang), he said approval letter for mining operation would not be issued for land with Permanent Forest Reserve status or areas gazetted as environmentally sensitive.

In fact, the federal government also strongly disagrees if there is a proposal for state governments to degazette Permanent Forest Reserve for mining purposes, he added.

Netizens should report to religious dept if dubious divorce pronounced on...