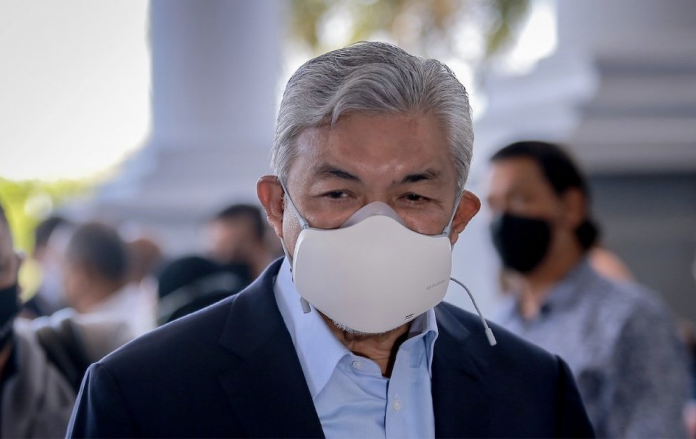 The former deputy prime minister’s counsel Hamidi Mohd Noh informed High Court Judge Datuk Collin Lawrence Sequerah that his client was suffering from back and neck pain and needed to get treatment from a leading specialist in Munich.

“We are making this application to allow the accused treatment to the effect where it is effective and that is required. The pain intervention in Malaysia (is) not sufficient for Ahmad Zahid,” he said.

The application was filed on Oct 4 and came up for case management today.

Meanwhile, deputy public prosecutor Gan Peng Kun who did not object to the application said: “The prosecution received instructions not to object the application”.

Judge Sequerah then fixed Monday for his decision on the matter.

Hamidi, when met after the proceedings, said Ahmad Zahid applied for his passport to be released on Oct 26 and would be returned on Nov 21.

“We will make the same application (to obtain the passport) in the Shah Alam High Court this Monday,” he said.

Ahmad Zahid, 68, is facing 47 charges – 12 for CBT, eight for corruption, and 27 for money laundering – involving tens of millions of ringgit belonging to Yayasan Akalbudi.