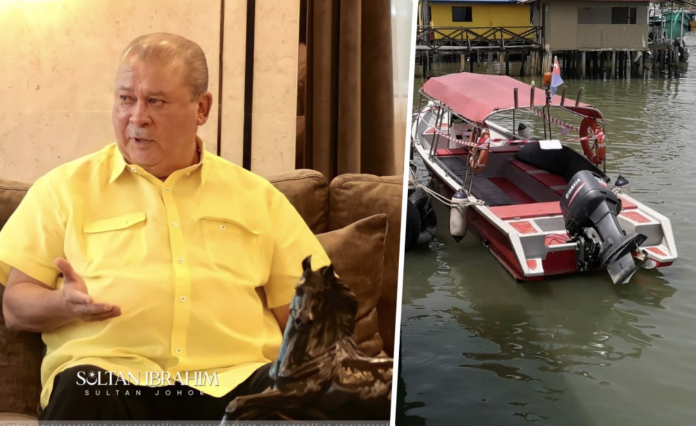 In a Facebook post today, the Sultan, who personally witnessed the incident, expressed regret over what happened.

His Highness said: “I regret the incident which happened right before my eyes. I saw the passenger boat speeding dangerously near the Pulau Rawa jetty.

‘’I directed the police to detain the boat which had a family with small children on board for island hopping activities,” said His Highness.

“After police detained them and conducted further investigations, it was clear that they handled the boat recklessly as they were under the influence of drugs.

As such, Sultan Ibrahim had directed all enforcement agencies to increase patrols and take stringent action.

Yesterday, the police detained two men, a skipper and a crew member of a passenger boat after finding them handling the boat in a reckless and dangerous manner, with five others found in the waters off Mersing, near Pulau Rawa.

Both men, aged 22 and 26 years, tested positive for methamphetamine.