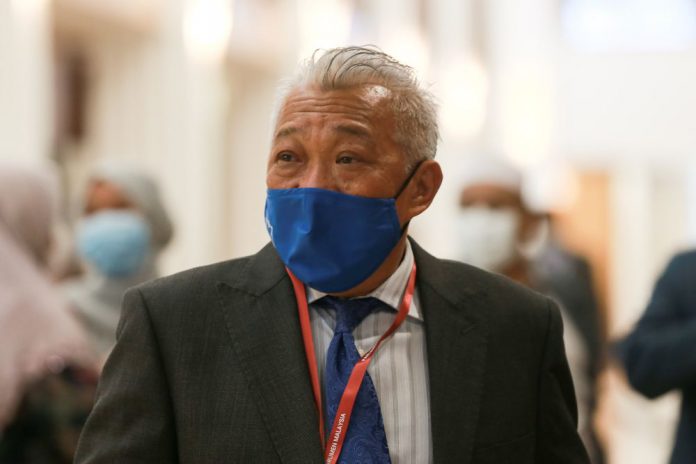 KINABATANGAN, Oct 8  — All independent lawmakers who have pledged their support to the Sabah state government led by the Gabungan Rakyat Sabah (GRS) coalition must play a role in developing the state and taking care of its people, said Deputy Chief Minister Datuk Seri Bung Moktar Radin.

He said this included Sindumin state assemblyman Datuk Dr Yusof Yaakob who this morning had quit Parti Warisan Sabah (Warisan) and pledged his support to GRS, adding that he hoped that Yusof could help the state government provide better services to the people.

“GRS welcomes Yusof to be with the state government for the benefit of the people. I wish good luck to the YB (Yang Berhormat) who chose to be an independent representative,” he said.

Bung Moktar also said that he hoped independent representatives could play a more active and efficient role to develop the people and also give good input to the government.

He told reporters this after officiating at the back-to-school programme hosted by Sabah Electricity Sdn Bhd here today.

He also opined that the reason behind the action of several elected representatives from Warisan leaving the party could be due to dissatisfaction over internal issues, including over the party’s plan to expand to the peninsula.

Earlier, Yusof, the former Warisan Information Chief, announced his departure from the party to become an independent representative and pledged his support to the GRS-led state government.

He said his decision was based on his intention to help the people in Sindumin and Sipitang resolve various problems as well as to bring development to the areas.

In the 14th General Election in 2018, Yusof, 66, won the Sindumin state seat with a majority of 760 votes in a three-cornered fight and retained the seat in the 16th Sabah State Election last year with a 424-vote majority in a six-cornered fight.

Umno, DAP and the turbulence of shifting alliances