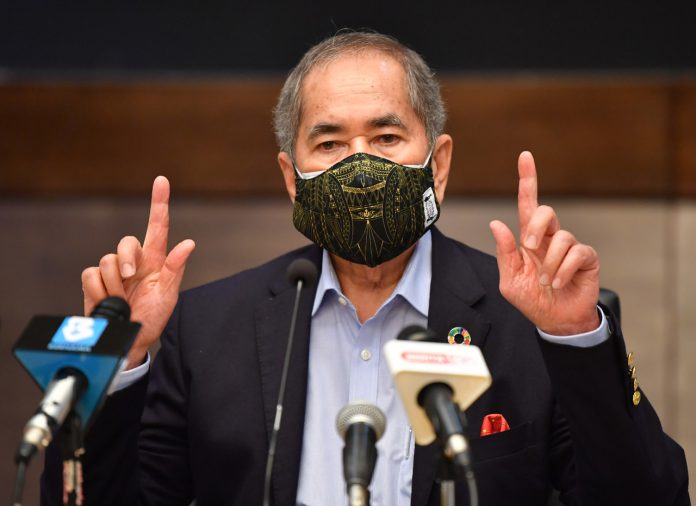 Wan Junaidi, who is also the chairman of the Special Committee, said the pathologist will conduct a thorough investigation to examine the decision made by the  Coroner’s Court, police investigation findings as well as other areas concerning the cause of death of the fireman.

“The pathologist has been given a specific deadline to conclude the probe and come up with a detailed report on their investigation findings. The government is serious to resolve this case, which has been pending since 2018.

“The special committee is scheduled to meet again in one month, upon obtaining the report from sub-committee of senior pathologists,” he said in a statement today.

“It is clear that this would not be an easy case to handle and requires various levels of investigations. That is why we decided to appoint a senior pathologist to assist us on this,” Wan Junaidi said adding that the next course of action will be determined upon receiving the report.

Prime Minister Datuk Seri Ismail Sabri Yaakob on Saturday announced the Cabinet’s decision to form the Special Committee on Muhammad Adib’s death as well as two other task forces to examine the claims made by former Attorney-General  Tan Sri Tommy Thomas in his memoirs and to review Malaysia’s legal options in relation to Pulau Batu  Puteh.

The setting up of this Special Committee proves the government’s commitment to ensuring that justice is served and ensures that those who caused Muhammad Adib’s death are brought to face justice, said Wan Junaidi.

Muhammad Adib was seriously injured during a riot at the Sri Maha Mariamman Temple in USJ 25, Subang Jaya on Nov 27, 2018, and died on Dec 17, 2018, after fighting for his life in hospital for 21 days.

He was said to have been attacked by a group of people during the riot, which also saw a fire engine damaged and two other vehicles set ablaze.

The riot was sparked by clashes between two groups over the issue of relocation of the temple, which is more than 100 years old.

An inquest into the death of Muhammad Adib was conducted by coroner Rofiah Mohamad in Shah Alam for 41 days, which ended on July 24, 2019, after 30 witnesses were called to testify and 137 pieces of evidence materials were presented.

On Sept 27, 2019, the coroner ruled that Muhammad Adib’s death was due to a criminal act perpetrated by more than two unidentified individuals.

Sombre Aidilfitri for those orphaned by COVID-19