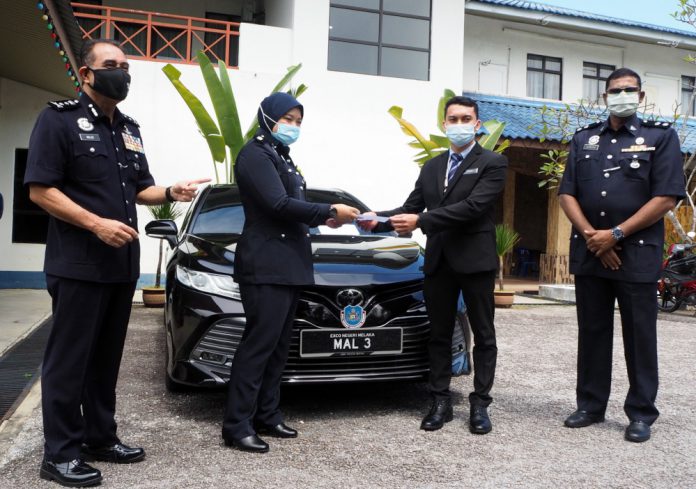 He added that police also seized a car key, a Touch ‘n Go card and a fuel card from a man who was the official driver to Norhizam, who is also a former state executive councilor (Exco).

Abdul Majid said a preliminary investigation found that the Melaka senior assistant state secretary had issued an order on Oct 5 to Norhizam’s special officer for the car to be returned.

The Commercial Crime Investigation Department at the Melaka Police Contingent Headquarters has opened an investigation paper under Section 403 of the Penal Code for alleged dishonest misappropriation of property, he added.

“So far, police have recorded statements from five witnesses from the State Secretary’s office to assist in the investigation. Further investigation will also be carried out to find out how the official car belonging to the state government was parked at the condominium car park,” he said.

He added that police had also arrested a 34-year-old civil servant and a 21-year-old female student of a higher learning institution (IPT) for further investigation.