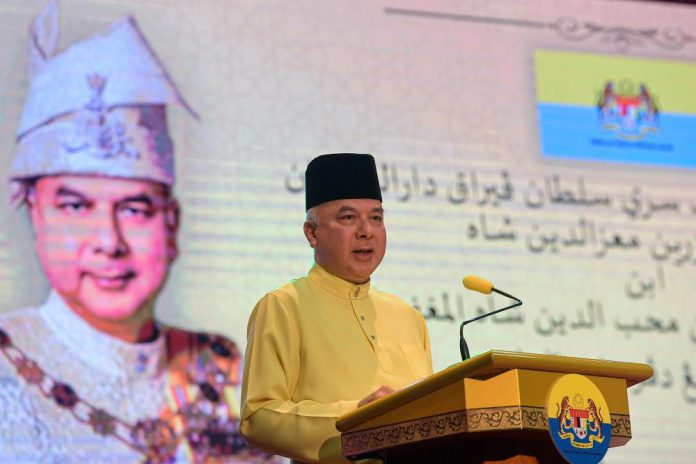 KUALA LUMPUR, Oct 21  — Deputy Yang di-Pertuan Agong Sultan Nazrin Muizzuddin Shah today said that a wise Ruler does not need any additional power if the three rights as a Constitutional Monarch are handled wisely and prudently.

He said the three rights of a Constitutional Monarchy were the right to give advice and views; to encourage and motivate, as well as to remind.

“I choose to give advice and views, give encouragement and motivation,  as well as to remind,” he said at the launch of the “Siri Titah Sultan Nazrin Muizzuddin Shah” book at Dewan Bahasa dan Pustaka (DBP) here today.

Sultan Nazrin said the trust and gift bestowed by Allah, along with their responsibilities and functions, must be performed by a Ruler as perfectly as possible so that the institution of monarchy remains relevant and still has a role.

He said history has taught a lesson that the throne could disappear when a Ruler refused to accept the right advice, was given the wrong advice or isolated itself and failed to get close to and understand the people.

Apart from that, Sultan Nazrin, who is the Sultan of Perak, said it was the responsibility of the monarch to ensure harmonious relations, as well as mutual respect and understanding between the palace and the people.

He said a monarch has a responsibility to ensure that the spirit of the Constitution and the philosophy behind the provisions enacted were understood and protected.

“Every term and word enshrined in the Constitution has its own meaning, it must be interpreted wisely, subtly, thoroughly and accurately so that justice is served,” said Sultan Nazrin.

The Sultan said although the role of the monarch was to rule and not to govern, the Ruler is still responsible for overseeing and ensuring a fair and just, orderly and transparent administration, as well as being a wise arbitrator to the legislative, executive and judicial branches.

He said it was important to ensure the check and balance mechanism was implemented, thus helping to strengthen the people’s confidence in the practice of transparent democracy.

The Sultan was also overcome with emotion when he reached the few last lines of his speech.

“At this moment of being blessed with glory and success by Allah, I should express my appreciation and gratitude to my (late)  father, mother, teachers and leaders who have nurtured, taught and guided me.

“I call on all of you to join me in reciting Al-Fatihah and may the reward from it be conveyed to the souls of our parents, teachers and leaders who have done so much for us,” he added.