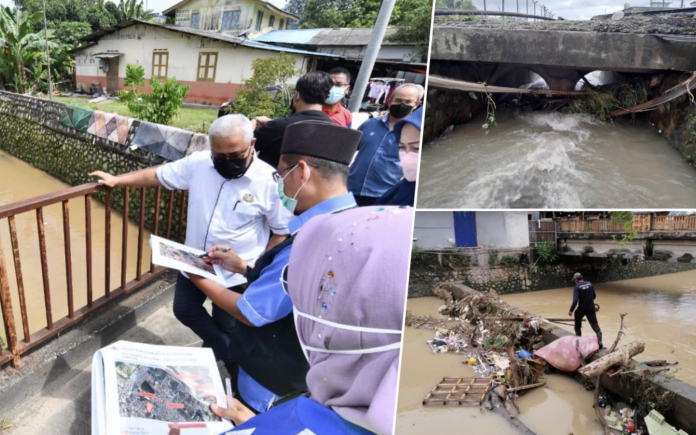 JOHOR BAHRU, Oct 20 — The Sultan of Johor, Sultan Ibrahim Sultan Iskandar, has expressed his disappointment with some people for throwing garbage into drains and rivers, saying their action has caused flash floods in the city of Johor Bahru.

He said investigations by the Johor Bahru City Council (MBJB) found that flash floods which hit the city last month were due to a clogged drainage system caused by rubbish and construction waste.

The report and photographs of the MBJB investigation were presented to the Sultan of Johor by MBJB Mayor Datuk Noorazam Osman at the Mados Office in Istana Bukit Pelangi, Johor Bahru recently.

“It is because of the attitude of some people who like to throw garbage into rivers, ditches and drains. When it rains heavily for a long period, flash floods are inevitable.

“I have seen the pictures and video recordings shown by the Mayor of MBJB. There is so much garbage thrown away including mattresses, wood and even refrigerators. It is very disappointing,” he said in a post on his official Facebook today.

Sultan Ibrahim said the public should be more responsible by not throwing rubbish into drains or rivers.

“This will cause floods,” he said.

Earlier, the Sultan of Johor had ordered the Johor Irrigation and Drainage Department (JPS) and local authorities to conduct studies in all areas where flash floods occurred frequently in Johor.

Meanwhile, Noorazam said his team had carried out cleaning work at the affected locations by clearing wastes in drains and ditches.

“MBJB has allocated RM6 million for river and drain maintenance every year. The attitude of a handful of our people is deeply regrettable.

MoF mulling use of technology application for targeted subsidy implementation