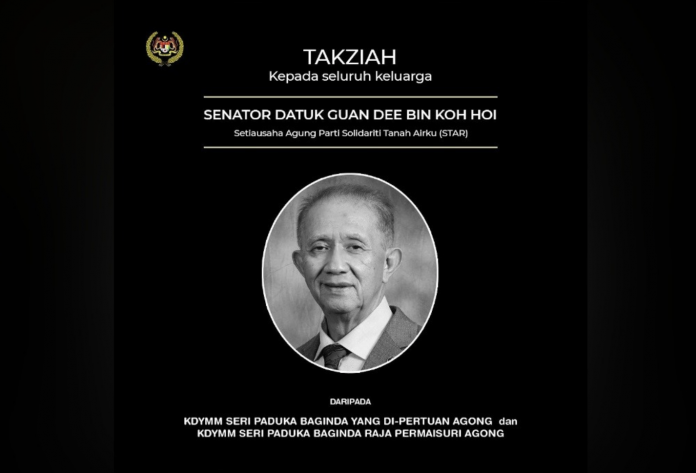 His Majesty expressed sadness over the demise of Guan Dee, who was also former Deputy Minister of Tourism, Arts and Culture, and hoped that his family could be patient and resilient in facing the bereavement.

“His Majesty greatly appreciates the services and sacrifices of the late Guan Dee to the state of Sabah and the country,” Istana Negara said in a statement posted on Facebook.

Guan Dee, who was also Parti Solidariti Tanah Airku (STAR) secretary-general, made history as the first Senator appointed from the party.

He died at 4.50 pm yesterday at the Kuala Lumpur Hospital after complaining of chest pain.

Sabah STAR president Datuk Dr Jeffrey Kitingan was reported to have said that Guan Dee was in Kuala Lumpur to attend a Perikatan Nasional (PN) meeting on Sunday evening (Oct 24) but did not attend it after being confirmed positive for COVID-19.

Target for a certified sign language interpreter in each district