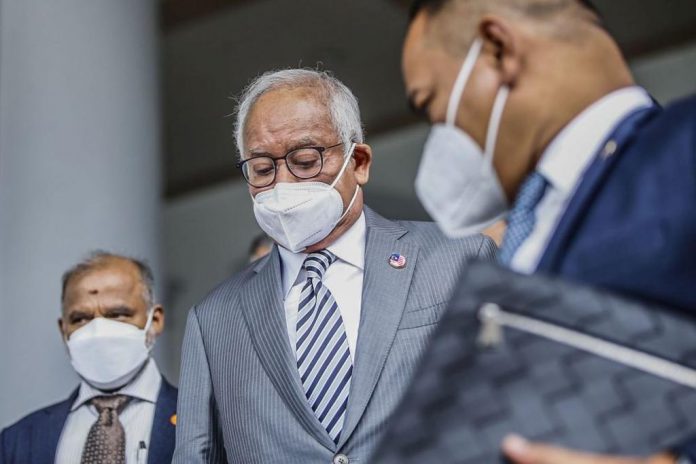 PUTRAJAYA, Nov 3 — The Court of Appeal today allowed Datuk Seri Najib Tun Razak’s application to amend the dates for the temporary release and return of his passport for travel to Singapore.

“The court has read Najib’s application and the supporting affidavit. I believe the reasons given by the applicant are reasonable and because of that, the prosecution did not object. If there are no reasonable grounds,  the court will be misunderstood and seen as arbitrarily allowing the application,” he said and hoped there would not be a third reason by Najib to amend the dates.

He said the first application by Najib to amend the dates for the release and return of his passport was for him to visit his daughter, who is in confinement in Singapore, and today, in the second application, it was because he was needed to help  the Melaka state election.

“However, after considering the reasonable grounds given, the court allowed the applicant’s application and his passport to be returned to the court on or before Dec 6,” said Kamaludin who sat with Judges Datuk Nordin Hassan and Datuk Hashim Hamzah.

Najib, 68, applied to amend the dates for the temporary release and return of his impounded passport to be amended from Oct 20 and Nov 22  respectively to Oct 25 and Dec 6 for him to visit his daughter Nooryana Najwa, who gave birth to her second child two days ago, in Singapore.

In the supporting affidavit, the Pekan Member of Parliament stated that he was needed to help UMNO election machinery in the Melaka state election slated for Nov 20 as the party president Datuk Seri Ahmad Zahid Hamidi would be in Germany to seek treatment for his spinal injuries.

Earlier, lawyer Muhammad Farhan Muhammad Shafee, representing Najib, told the court that  Najib’s travel schedule to Singapore had to be changed because he was entrusted with the responsibility to ensure UMNO acted accordingly in the Melaka state election during Ahmad Zahid’s absence.

He said the application to amend the dates had been allowed by the Kuala Lumpur High Court which is  hearing Najib’s criminal case.

Deputy public Prosecutor Shafiq Hasim did not object to the application.

On July 28, 2020, Najib was found guilty of seven charges involving criminal breach of trust, money laundering and abuse of power involving RM42 million in SRC International Sdn Bhd funds and the case is now at the appeal stage at the Court of Appeal.