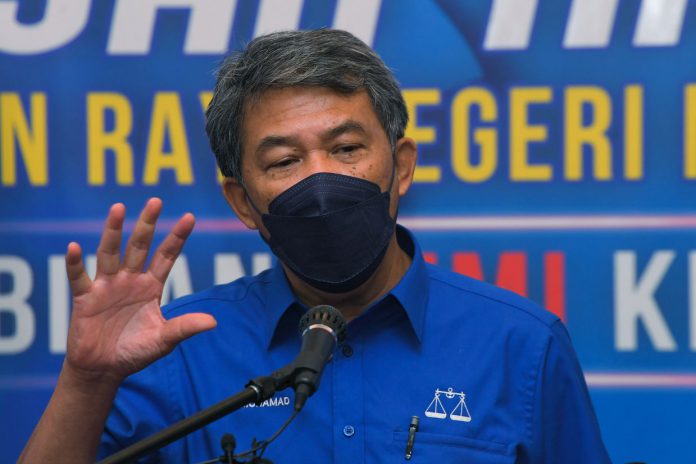 MELAKA, Nov 10 — Barisan Nasional (BN) is open to accepting other parties to be part of the Melaka government if it wins the upcoming state election, its deputy chairman Datuk Seri Mohamad Hasan said today.

The BN Melaka state election director, however, said that there needs to be a core party that would be able to form the state government on its own so that it will not be held at ransom in case other parties threaten to quit the alliance, which could cause the state government to collapse.

“If our friends want to be with us, (then) no issue… the more the merrier, but we do not want a situation in which the ruling government faces threats (of a pull out) every day.

“(When) every single day the Chief Minister wakes up and wonders if he still commands majority support or not, (then) that is not good,” he said after the launch of BN’s manifesto for the state election, themed ‘Stability for Prosperity’ here today.

Speaking to reporters, Mohamad was asked whether BN would be ready to accept PAS and Bersatu if it wins the Melaka polls.

Meanwhile, Mohamad hoped that the Election Commission (EC) will review the standard operating procedures (SOP) for the election so that contesting parties are given some leeway to campaign.

While he understood the need for strict SOPs to curb the spread of COVID-19, Mohamad said at the same time democracy must be celebrated and practised.

“We can understand the ban on ceramah… we understand the constraints faced by the government, but what is wrong with distributing handbills from house to house and walkabouts at the coffeeshops. I have requested for some leeway to be given as this sort of situation dampens the election mood.

“So I hope this matter can be given more thought. To the EC and ministries, think about this carefully so that we can be in a situation where there are no restrictions movement-wise, but at the same time we ensure that COVID-19 is handled well,” he said.

The EC has set Nov 20 for polling and Nov 8 for nominations while early voting will be conducted on Nov 16.

The election is being held following the dissolution of the State Legislative Assembly on Oct 4, after four assemblymen withdrew their support for the Chief Minister.